A BUS driver has given change from a £10 note without acting like it is a natural disaster.

Manchester driver Norman Steele reached into his top pocket and produced a five pound note which he then handed to passenger Martin Bishop, along with rest of the change, without saying a word.

Bishop said: “I was fully expecting a brief but nasty lecture, or at least a huge, heaving sigh, but he just handed over the money without acting like it comes out of his wages.”

But Steele said: “I’m just in a reasonably good mood today. Normally I would have been an absolute arsehole.”

Steele said his passengers were lucky they were not in London, where you cannot pay with money, or in Edinburgh where you have to have the exact change.

He added: “I might go drive a bus in London or Edinburgh then. That way I can really be a dick to people who simply want to exchange money for a bus journey.”

Being ginger too high a price to pay for immortality 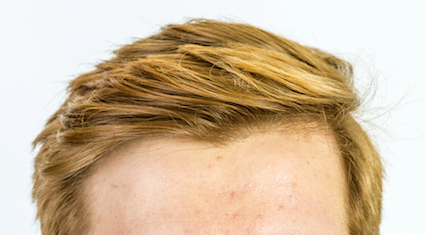 THE discovery that the ginger gene contains the secret of youthful looks has united the world in rejection of this Faustian bargain.

Scientists found that the MC1R gene not only controls ginger hair but eternal youth, which they have described as ‘the greatest trick the Devil ever pulled’.

Geneticist Dr Helen Archer said: “That which man has searched for through the ages, the secret of immortality, turns out to be the most poisoned chalice of all.

“An eternity with carrot hair and translucent skin. Torment without end. It’s like Queen sang: ‘Who wants to live forever, as a ginger?’”

Natural redhead Eleanor Shaw said: “I dye mine black, so I can walk among you unseen, mocking your pathetic mortality.

“And it also means I can wear my red jumper.”