DAVID Cameron has confirmed it is okay to steal stuff from foreigners.

The prime minister confirmed that any money earned by illegal immigrants is not their money at all and you can have it if you want it.

He said: “If you suspect there’s an illegal immigrant living nearby then wait until they’ve gone to work and then help yourself to all their things.

“If it turns out they’re here legally then you can just give it back, no harm done. Or you can keep it. Whatever.”

He added: “And when you’re ransacking their house, don’t feel you have to rush because they’ll probably be on a 14-hour shift doing something absolutely hellish that you wouldn’t do in a million years. 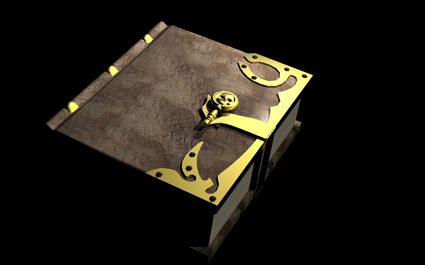 GEORGE Osborne has sworn his oath of allegiance on the sacred book of the Old Ones of R’lyeh.

The chancellor surprised colleagues by rejecting the King James Bible, asking instead for the unholy scripture of the Sunken City.

Osborne donned a black cowl to speak the forbidden words of the Necronomicon, and to summon the spirits of the evil deities to whom he has committed his immortal soul.

Osborne chanted: “I swear by Glhuun, The Corrupter of Flesh, and Cthugha, The Burning One, that I will bear true allegiance to Her Majesty Queen Elizabeth, according to the law of Cthulhu.”

“May Cthulhu rise again and enslave the kingdoms of the earth. May all submit before his throne of skulls, and may he rule forever in this world and the next. All hail Cthulhu.”

A parliamentary spokesman said: “The oath is purely ceremonial, and the choice of book is a personal one, so nobody should read too much into it.

“Though we hope The Corrupter of Flesh isn’t planning to stick around. It ate several under-secretaries before we could trap it in a pentagram.”

The Treasury has announced plans to press ahead with its promised £12bn spending cuts, and to replace the House of Lords with a black obsidian temple dedicated to blood rituals and human sacrifice.

The government also confirmed the appointment of Sheb-Teth, Devourer of Souls, as the new Secretary of State for Business, Innovation and Skills.