OFSTED School Performance Tables will culminate in play-offs and a Wembley Final.

Education secretary Nicky Morgan said the final, invigilated by chief inspector of schools, Sir Michael Wilshaw, would be settled on the day with a GCSE shoot-out if the schools were still tied after 120 minutes.

Morgan said: “The play-offs will keep the academic year interesting right up until late August and offer the chance for education fans up and down the country to have a big day out at the national stadium.”

Mary Fisher, 29, a Latymer Upper School supporter who has the names of the successful 2002/3 science staff tattooed on her arms, said: “We know we cannot compete with the big boys such as King’s College School whose success as a global brand allows them to sign top French teachers from the Ecole des Roches for a five figure salary, but this will give us the chance for a shot at glory and possibly a place in Europe.”

“Under this system all that hard work over the course of three terms can simply be overturned in the lottery of  15 year-olds’ Latin results.” 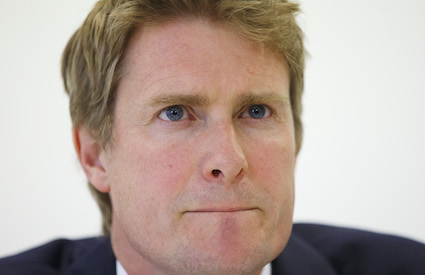 TRISTRAM Hunt will not stand in the Labour leadership contest after finding out he was actually a Conservative all along.

The shadow education secretary made the discovery after some basic research on Wikipedia to find out his weaknesses as a candidate.

He said: “I knew I was a Blairite, but when I found out my father is a life peer in the House of Lords and that I went to Westminster School I thought ‘how odd’.

“I then discovered that my cousin is Virginia Bottomley, the former Tory cabinet minister. That is deeply suspicious.

On checking his beliefs, Hunt found that he supported low taxes on wealth creators, cutting benefits for low-income households and tighter immigration controls.

He added: “Also, apparently I’m the MP for Stoke-on-Trent. I don’t know where that is.”