A CAT has clawed its way out of a shallow grave and returned home to terrify its delighted owner.

Killed in a hit-and-run accident, the cat is thought to have returned to the mortal plane because it had unfinished business with the living.

Owner Tom Booker said: “I couldn’t believe it when I saw his mangled face and unseeing eye glinting outside the kitchen door, his teeth bared in a familiar smile of pure evil.

“‘He can’t be back,’ I found myself saying. ‘He was dead, stone dead. Please no. Please let this be a nightmare.’

“But then he walked in, his single green eye gazing balefully at me, his paws still covered with grave dirt as I backed into the corner, screaming and soiling myself with joy.

“It’s just like in my favourite story from when I was a kid, Stephen King’s Pet Semetary. As I recall that did not end well.”

The story of the miracle zombie cat that shambles the earth seeking vengeance has touched the hearts of thousands of people now afraid to leave the house after dark.

A spokesman for the RSPCA said: “Before you bury a dead cat, make sure to hammer a stake through its heart and stuff its mouth with fresh garlic.” 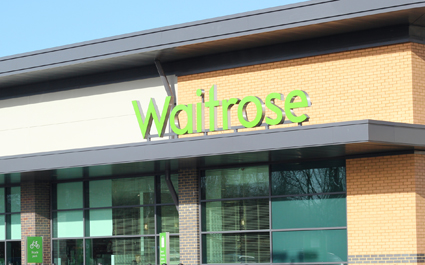 CLASSY supermarket Waitrose has completely lost it after everyone took the piss with its free hot drinks.

The company had previously issued a masterfully passive-aggressive statement reminding loyalty card holders to buy a lovely cake if they wanted to linger with their complimentary coffee, which everyone ignored.

“We thought you were reasonable people with nice cul-de-sac homes and an innate sense of decency. But no, you are a tick-like bunch of parasites, bloated on milk and caffeine that we paid for.

“Scum is a strong word but also an appropriate one for you people.

“This is not your second home, it is a supermarket. Drink your drinks and begone. You may stay for eight minutes’ max or we kick them out of your hands.

“If you want somewhere to sit all day wallowing in your own self-loathing we can point you to the nearest Wetherspoon.”

He added: “We created a beautiful supermarket and you have sullied it. It’s like Adam and Eve, except with a latte instead of an apple.

“Anyway it’s all ruined now. We’re locking the doors and all the nice things shall rot inside.”