A CAT has been left humiliated after he defecated in his owner’s garden but was unable to bury it.

Large cat Tom Booker enjoyed his morning ‘garden dump’ but was then horrified to discover the previously-soft ground had become a solid, undiggable block.

Booker said: “I was scraping like mad but the ground just wouldn’t move for some reason. Now my surprisingly big cat log is just sitting there looking at me.

“Maybe it’s my karma for killing that crow yesterday simply for my own amusement.

“Either way, I would just like to apologise to my owner that she has to see that mess in the garden this morning. I don’t like it any more than she does.”

Booker’s owner, Nikki Hollis added, “Well, at least it’s in the garden and not in one of my work shoes. 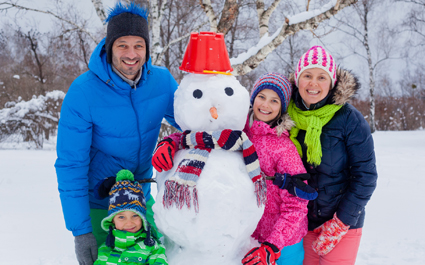 A GUARDIAN-LOVING family has made a snow individual who is not constrained by gender boundaries.

The Booker family, from Brighton, enjoyed a fun-packed day building the ‘snow-based person who chooses not to identify as male or female’.

Architect and George Monbiot groupie Tom Booker said: “We explained to the children that creating a snow person is actually a massive responsibility, and the choices we make can really affect that lump of snow’s self-image.

“Our son wanted to call it ‘Mental Barry’ so we explained, in a calm and non-judgemental manner, that this snow-being may not wish to adhere to hetero-normative gender types.

“Eventually, via a democratic family referendum, we decided to call him/her/it ‘Pin-Pin’ after a character from a high quality Japanese animated film about fairies that we often watch together during ‘TV hour’.”

He added: “Our task complete, we returned to the house to reward ourselves with carrot sticks and hummus.”