BRITAIN’S Catholics have been urged to defend the institution of marriage by campaigning against gay divorce.

Scientists have confirmed that divorce is the one thing that really does undermine marriage, paving the way for Catholics and other traditional Christians to oppose it in all its gay forms.

Monsignor Bill McKay said: “The idea of gay divorce is utterly grotesque. Those men whom God has joined together let no other man put asunder.

“The commitment at the heart of marriage is one of the essential building blocks of a healthy society. A minority of extremists must not be allowed to destroy that in the divorce courts.”

The move comes after researchers used state-of-the-art techniques to measure the undermine-ability of traditional marriage.

Professor Henry Brubaker, of the Institute for Studies, said: “We attached electric pads to a man and wife, organised weddings for a wide range of different things and then switched on the undermine-ometer.

“We married a pig and a parrot, a cabbage and a shoe and a bag of frozen prawns and a crocodile made from Lego.

“None of these weddings had any affect whatsoever on the length and depth of the man and woman’s matrimonial waves.

“Maybe we should balance the shoe on top of the cabbage, take a series of photos and then animate it so it looks like they are having rough, crazy sex, and then show this pornographic cartoon to the man and wife – in 3D –  and see if that undermines their marriage.

From thre vaults:
Cardinal Keith O’Brien: Together, as a nation, we can find my glasses 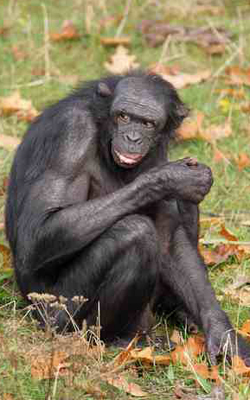 BONOBO monkeys are disgusting, according to new research.

“I’ve seen them spanking each other, doing stuff with fruit, just sticking their bits in any orifice, even a crocodile’s nostril.

“Plus they’ve got all ticks and fleas, bits of hair missing. I hate them.

Since studying Bonobos in the wild, Dr Bradford has become convinced that they should not be protected in any way.

She said: “We should destroy them, and torch their sordid jungle ‘sex clearing’, burn it to the ground as if it never existed. Sorry, but they are a bad species.

“The thought of one of them touching me with its little grey fingers, I can’t even tell you, it’s so rank.”