Central Line trains get stuck in fifth circle of Hell

THERE have been severe delays to London Underground’s Central Line because of difficulty crossing the swampy waters of the river Styx.

The 08.30 from Ealing Broadway met with delay when it entered the fifth circle of Hell, a muddy, rancid swamp where the wrathful ruthlessly attack one another and the sullen lie gurgling beneath the water, just outside Mile End.

Many questioned the decision to extend the Central Line in 2005 to serve the labyrinthine abyss of the damned, and their concerns seem to have been justified.

Commuter Tom Logan said: “There are always problems on that part of the line between Marble Arch and the desert of flaming sands inhabited by the usurers.

“We’re always getting stuck there for four or five minutes listening to the howls of the condemned and trying to ignore the stench of death.”

Transport for London has apologised to all those waiting on platforms and those who have been left stranded in Hell.

TFL spokesman Nathan Muir said: “At the moment Central Line trains are running with a delay of approximately an aeon.

“We’re sorry for any inconvenience, but that’s still marginally more reliable than the Hammersmith and City line.” 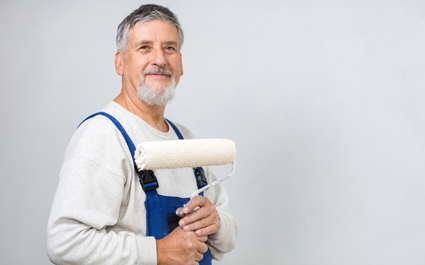 HOMEOWNER Julian Cook fears his life will become meaningless upon the completion of a six-year DIY project to create a guest bedroom.

The refurbishment, which includes an en suite bathroom, has provided purpose and direction in Logan’s life, despite the fact that he never has overnight guests.

Cook said: “Once I’ve finished working on the guest bedroom it opens up an uncharted, terrifying void. Maybe I could install a hand dryer. That would take ages.

“Without the bedroom to occupy all my free time I’ll start thinking about my unhappy marriage and shattered dreams. Maybe when I get some little bowls of potpourri from B&Q I’ll buy a nail gun to shoot myself.”

Cook’s wife Emma also expressed concern about the bedroom, specifically that without the constant distractions of painting, tiling and installing dimmer switches he may notice she is having an affair with a work colleague.

She said: “Tom and I married too young and now we’re just strangers trapped in a hollow husk of a relationship. Also the sunburst yellow walls really clash with the burnt sienna curtains.”

Cook added: “Last night I couldn’t sleep for worrying about interacting with my children again. But then I realised we could really do with a proper patio with a gas heater.”