A MOB with flaming torches has laid waste to Castle Wonga, home of the evil Count Wongula.

For centuries the villagers had treated the looming clifftop castle with fear and trepidation, due to its evil resident’s insatiable hunger for their life-blood.

However they were emboldened by rumours that Count Wongula was actually almost out of coins and considering a rebrand as Count Quids-In.

Peasant farmer Tom Logan said: “When the crops failed I took a small loan for food, but the interest rate was quite ungodly. I fell behind and Wongula came in a black carriage drawn by red-eyed stallions, to take my fairest daughter.

“He fed on her, sucking out her soul and putting her to work as a wraith in his vast dungeon call centre.”

Shouting and wielding agricultural implements, the righteous army of common folk overcame the count’s army of creepy undead pensioners with only minor casualties.

Logan said: “The place was done out with such finery as we had never seen – festooned with fine rugs and tapestries, chairs made of gold and massive ten-person beds for depraved behaviour.

“But we could not touch it and indeed burned the lot, for it was the fruits of our suffering.”

But the villagers were thwarted in their ultimate goal after a cornered Count Wongula transformed into a giant cockroach and leapt from a high tower to go and do some corporate consultancy work. 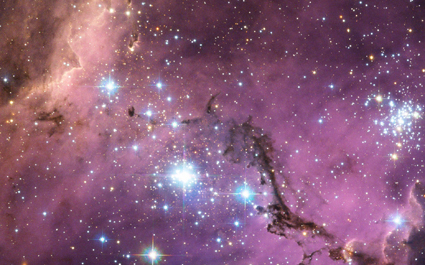 THE supervoid was carefully placed to make the rest of the universe look ‘cleaner’, it has been claimed.

“Leaving that vast blank space really makes nearby nebulas ‘pop’. Too many stellar systems and the whole thing would have ended up looking like a Where’s Wally.

“Whoever or whatever created the universe clearly had a design sensibility, which supports the theory that everything exists just to look nice.

“If there is a God he would be into fancy loom-spun jeans, Wallpaper magazine and expensive little notebooks.”