The heir to the throne saw a 25% increase in the public grant he receives to flit between his giant houses while saying whatever happens to be passing through his brain at the time.

Supporters insist he has been talking some top quality shit over the last year, from his prediction the world would end in 2050 to his masterful destruction of a vitally important building project in West London.

In between he has attacked the 'cult of consumerism' which helps to deliver his £3m a year, while continuing to have more possessions than most of the people who have ever lived.

Royal expert Denys Finch-Hatton said: "When someone agrees to deliver a keynote speech on the importance of cutting CO2 emissions and then turns up in an Aston Martin, you can be fairly confident they are going to brim-full of utter shit."

Clarence House said the Prince has managed to fit in a surprisingly huge amount of talking shit this year, given his other heavy commitments in the fields of skiing and fucking-up foxes.

Meanwhile the Prince also managed to trim his costs by spending his holidays in a British castle attended by just four dozen chefs, butlers, spoon polishers and highly-trained crack-spongers.

Republican campaigner Bill KcKay said: "People hark back to his days of chatting to plants, but that's just a meagre handful of rat droppings compared to his musings on education, architecture and the environment.

"Some say that if we got rid of the monarchy it would be replaced with something just as expensive, but at least we'd be able to choose the person who talks a lot of shit all the time."

He added: "Surely his talking shit could be financed from all the money he collects selling organic honey made by his army of musical bees at £15 a jar."

I'll Leave Britain For A Million Pounds, Says Everyone 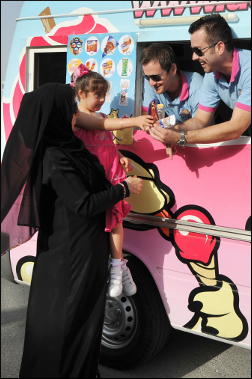 IF the government wants to spend £1m getting one family to leave Britain then it should start with the people who have lived here the longest, it was claimed last night.

As a pilot scheme in Kent was found to have repatriated just one family of asylum seekers, people across Britain volunteered to take the money off the government's hands and be gone by sunrise.

Tom Logan, a trainee solicitor from Finsbury Park, said: "If it's just a case of making more room then I'd be delighted to vacate my smelly, noisy little corner of the country.

"A million pounds would be nice, but to be honest I'd do it for a plane ticket, my first month's rent and a serviceable ice cream van."

Wayne Hayes, a salesman from Ashford, said: "If the government is going to bribe people to leave the country then it should be bribing the indigenous population.

"I've been working hard and paying my taxes for 20 years and I am extremely angry that a large portion of it is not being used to get me the hell out of here."

He added: "Coming over here, living in our immigration centres, being soaked by our rain and abused by our racists. Bloody cheek.

"Let them spend four hours on the M25 while the two sides of their brain debate which talent show they're going to watch when they get home."

Margaret Gerving, a retired headmistress from Salisbury, said: "If you want me to dress all foreign and pretend I don't speak English then just say the word."