Child-raising in the 1970s: a parent's guide

Stay out of it

Kids got a roof over their heads? School’s giving them some semblance of an education? Job done as far as you’re concerned. The rest of their time is their own. If they’re out of the house playing in an abandoned factory or kicking a ball into an electricity substation, you hope they’re having fun.

There are birthdays and there’s Christmas, and on these occasions give them some toys to last the intervening months. Could be an Action Man, could be a Sindy, could be Stretch Armstrong, but if they ask for clackers in the meantime, give them a clip round the ear and move on. Their boredom isn’t your problem.

A cuff to the back of the head, a slap on the back of the legs, perhaps even a boot up the arse to encourage them to leave the house for the next six hours: all crucial parenting skills. And don’t reserve these important duties for yourself. If relatives, friends or neighbours feel a clout is appropriate, let them be the judge.

If you’ve got a child approaching their final years of primary school, they’re pretty much an adult. Give them a front door key, tell them to look after their younger siblings – and the neighbour’s kids, if that’s the childcare arrangement that day – and get the tea on. Time they stepped up.

Make sure they know which pub you’ll be in

Reckless parents go out for the evening, leaving their kids alone, without letting them know which pub to go to when the house is on fire. Responsible parents tell them they’ll be in the Red Lion and will stagger out drunk in a serious emergency to administer clips around the ear. 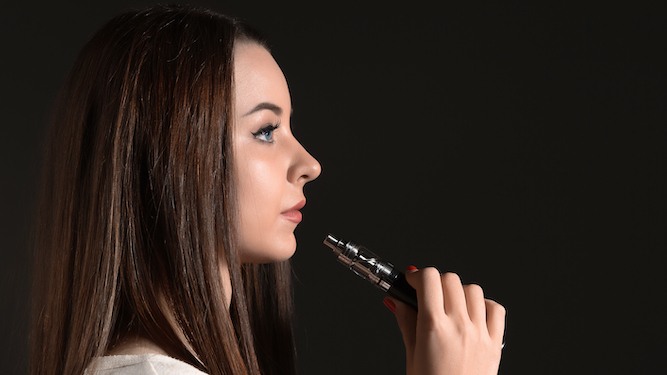 A WOMAN is getting through lockdown by following a rigorous and exhausting daily vaping routine.

Joanna Kramer begins vaping first thing in the morning, before she has even got out of bed, and does not quit, no matter what, until she is ready to drop.

She said: “Vaping’s not for the casual puffer, not these days. It’s for those who want to take their nicotine dependence to the next level.

“I have two vapes on the go at all times; one charging, one on hand. I bulk-order fluid so there’s no danger of running out.

“I don’t get complacent. If I go 10 minutes without being enveloped in sweet-smelling clouds of narcotic gas, I’m going for my vape like a cowboy going for his gun.

“This ain’t smoking. Vaping is safe, cool and socially acceptable. There’s no reason not to be vaping every minute of the day, and I honestly find it hard to respect people who don’t.

“I guess maybe if you’re lazy and unmotivated, and want to come out of the other end of lockdown without a debilitating chemical addiction? Whatever, losers. I’ll be vaping.”