Children ‘know which brand of beer they are drinking’

CHILDREN are more familiar with Fosters lager than McVities biscuits because they prefer beer to Hobnobs.

The Institute for Studies found that children under the age of 16 could name almost all of the beer brands that they drank regularly.

Professor Henry Brubaker said: “The drinks companies should take heart that they did not waste money on label design. The children do notice and they do remember.

“If anything the companies should make their labels even more distinctive so that the drunkest children do not confuse their favourite beer with a rival product.”

He added: “I would recommend they try pornographic images alongside the more explicit sexual swearwords.

“And I would suggest the same to McVities too.”

Couples declare their love is as strong as a £1.29 padlock 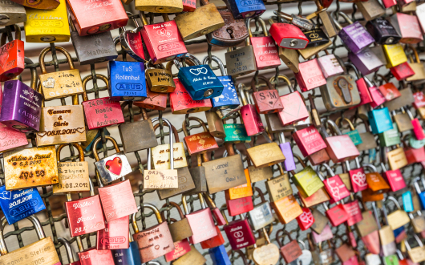 THE love lock craze has seen thousands of couples pledging their devotion is as unbreakable as a padlock from Poundstretcher.

The craze, which has already collapsed bridges in Paris and Venice and has now reached the UK’s romance capital Birmingham, sees couples write their names on padlocks, secure them to a bridge and throw away the key, safe in the knowledge that their love is as eternal as vandalised street furniture.

Street cleaner Wayne Hayes said: “By writing their names with a Sharpie the couples are saying ‘Our love will never fade,’ unless exposed to about five days of rain and sun.

“Throwing away the key means ‘Nothing will ever separate us,’ apart from me, in two seconds, with a flat-head screwdriver.

“Sometimes we take the locks away to be melted down for scrap, which I suppose is symbolic of their owners getting back on the market, or sometimes they’re thrown into the filthy canals to rust away in the silt, which is symbolic of the couple moving in together.

“Either way they’re a complete pain in the arse, just as somebody else’s love always is.”