CHILDREN want to grow up to be tube train drivers refusing to work pending negotiations, it has emerged.

More than half of five-to-11-year-olds surveyed said they want to be underground drivers because they want the ability to paralyse a major city.

Eight-year-old Stephen Malley of Hounslow said: “I’d make the big choo-choo go really fast, getting all the men to work on time, then I’d draw angry signs with my coloured pens and picket head office.

“Then I’d go home and play with my friends and enjoy the sunshine.”

The children have been fondly indulged by London residents, who hopes they fulfil their dreams because they don’t mind the inconvenience in the least.

Tube driver Bill McKay said: “When I was a little boy we’d line up all my wooden trains outside the Fat Controller’s station and refuse to run a night service.

“Of course, we always ended up tying him to the tracks and running Gordon the Big Engine over him a few times, then leading a Marxist revolution bringing the Isle of Sodor’s bloated capitalist government to its knees.

“Then we would all eat biscuits until we felt ill.” 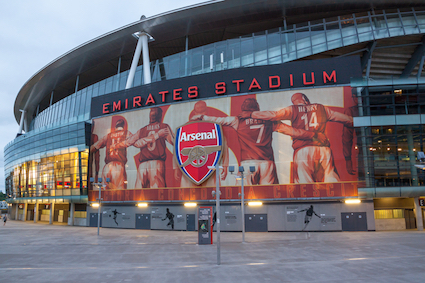 FOOTBALL fans around the country are marking the day of the year when they say that Arsenal ‘must finally deliver’.

The annual event sees thousands of fans across the country re-use the same opinion they have had about Arsene Wenger’s squad since 2010.

Tom Logan, from Nottingham, said: “For all its talent, a leader in the mould of Tony Adams or Patrick Vieira is still missing.”

Amid applause from friends and family, he added: “Thanks, it’s great to be able to dust off that old favourite again.”

Janet Fisher, from Stevenage, said: “While Ozil’s style is pleasing on the eye, doubts about his effectiveness in the English game have yet to be answered. I said that about Jose Antonio Reyes and a few more whose names I can’t remember.”

Meanwhile, Roy Hobbs, from Peterborough, cleared his throat and announced: “Though they will thrill the purists once again, I believe Wenger’s reluctance to sign an out-and-out goal scorer may ultimately prove costly.

“Boom! Five years in a row. That feels good.”