EVER since the health-and-safety brigade got their way, British lifespans have vastly increased at the price of our freedom. What happened to these dangers?

In days before smokers were disgustingly discriminated against, falling asleep with an ashtray on your lap and a lit cigarette in hand was the only respectable way to end the day. Yes, you’d wake up with a bed full of ash and a smouldering duvet, but what was wrong with that? Nobody minded.

Every British home in the 1980s smelt of fags and fryer oil. There was nothing more reassuring than coming home from school to the aroma of cooking chips, and it was small price to pay that your kitchen could at any moment be consumed in flames from the vat of bubbling oil your mum regularly left unattended.

Back before schools became little more than snowflake factories, children were allowed to really play. Rather than being covered in soft, spongy foam, playgrounds used to be made of concrete and covered in broken glass and dog shit. Kids these days will never know the fun of breaking your wrist falling off a ten-foot high slide with no safety barriers.

These days, nobody can see a stray dog without plastering all over social media as a ‘lost puppy’ before getting it microchipped and re-homed with its ‘forever family’. Back in the 80s they used to run around in packs, snapping viciously at children and old people, until the council rounded them up and humanely gassed them.

Shoddy electrical jobs by your dad

Until the early 90s, electrical appliances weren’t sold with plugs attached, which gave your dad the opportunity to do such a bad job fitting them that he electrocuted himself, cut power for six streets and burned the house down. But at least the risk of death livened up the hoovering.

His instrument: the worst ways a man can refer to his own genitalia 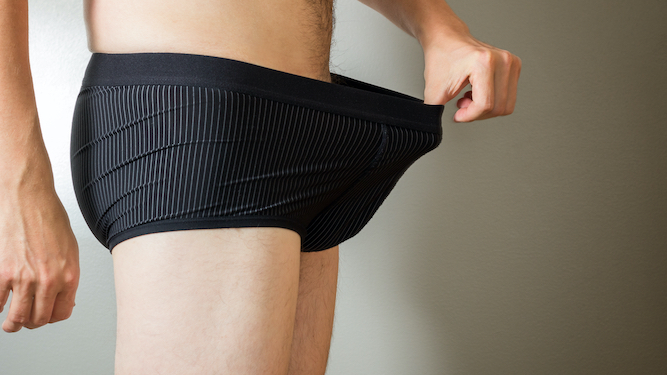 LIKE Eskimos having a hundred words for snow, adult men have a wide variety of names for the thing hanging between their legs. Here are the worst:

It’s a bad enough word on its own, but it’s rarely seen without its bile-raising adjective partners: swollen, turgid or, worst of all, engorged. It’s a strangely formal name for genitalia and still makes you want to throw up.

You’re only allowed to refer to a body part using this name if it’s swaddled behind woollen breeches and chainmail as part of your uniform as a medieval knight. And even then, any fair maiden worth her salt would consider you a creep, while being forced to marry you regardless.

It’s not a mighty piped keyboard that soars to the ceiling of a cathedral, it’s a flesh tube you piss out of. It is therefore is not worthy of the name. If you must compare it to a musical instrument, be honest and call it a piccolo.

Half unpleasantly clinical, half something that would appear in Jilly Cooper’s novel, this shouldn’t be used by anyone in any romantic setting. The only thing that will turn your partner off quicker is if you insist on calling it ‘Little Gary’, or whatever your first name is. Calling it ‘Little Gary’ when you’re called Phil begs even more questions.

You’d need to be pretty confident in the size department if you’re prepared to go ahead and call it your ‘length’ before the object of your affections has seen it. They’ll be well within their rights to accuse you of false advertising if it would have been more accurately described as your ‘tininess’.

Very few people have looked at defrosted lamb mince and thought to themselves that it has a physical quality they would like for their own privates. In fact, if your knob looks like any sort of meat product at all, including a saveloy, you should visit your GP.