I shagged a ghost, and other bollocks stories in downmarket women's magazines

PERUSING Take A Break and its ilk in Tesco? Brace yourself for these utterly insane stories:

I shagged a ghost

If you’ve been on the fence as to believing whether ghosts exist or not, why not let a story about a care worker from Hull who thinks they made love to the spirit of a Victorian coal miner convince you? Rather than suggesting this person simply had some depraved sex dream, the magazine reports it as solid, unshakeable fact.

My husband is my brother

Without fail, there will be a story about a couple who are, in some way, related by blood. The gold standard is when they find some lunatic who met and married someone, discovered they were a long-lost sibling and decided to remain together. Even incest can’t stand in the way of true love.

My cat is Hitler reincarnated

This story will feature a photo of the owner solemnly holding up a white cat that has a patch of black fur on its upper lip. The only other evidence there is for this outlandish claim on is that the cat once scratched a gay friend of theirs. The only logical conclusion: it’s the reincarnation of Hitler.

My guinea pig is psychic

Psychic animals are always popular, as this story about a guinea pig that munches on lettuce just before a tragic incident occurs will demonstrate. No one points out that guinea pigs munch lettuce multiple times a day so it’s all just a coincidence. That would be far too level-headed and reality-based.

Rather than treating such a story with the hilarity it deserves, a red-top mag will report it very seriously and feature a picture of the farter looking sad and pointing at their bum. It’s hugely embarrassing to admit to the nation that you have such a terrifying intestinal issue, but at least you’ve got £250 and something to show the grandchildren in years to come. 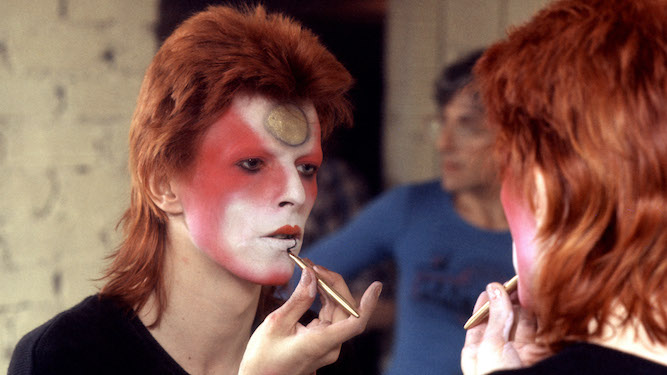 HAVING a bunch of good songs should be enough of a concept for an album. But some bands decided it wasn’t and pulled this bullshit instead:

Beyoncé – I am… Sasha Fierce

Beyoncé is already a superhuman being, so why she felt the need to create an empowering alter ego for this album is unclear. To make matters worse it was a double album which inevitably leads to filler, even if it’s Beyoncé-level filler. Just make one record full of solid bangers instead.

Bowie’s alter ego worked a bit better than Beyoncé’s but was still unnecessary, given that he was so extraordinary he might as well have been an alien anyway. At least Bowie had the decency to definitively retire Ziggy in 1973, and he never returned even when it must have been tempting during the 90s low points.

There’s not a lot of mileage in songs about pinball, so why didn’t The Who just stick with one? Was it really necessary to precede it with several songs’ worth of backstory about drug use, familial abuse, and Tommy’s father’s mysterious military career? Apparently so.

Most people, when asked about their favourite Arctic Monkeys song, would choose a killer riff or Sheffield-twanged lyric. Not the one that tied in best to the overarching moonbase critique of capitalism theme. Stick to things people can relate to, like Mecca daubers and tracky bottoms.

Fancy a punk rock opera covering 9/11, the Iraq war and George W. Bush? Green Day have got your back with this incredibly earnest album that couldn’t be more 2000s if it put on a pair of low rise jeans and some red-lensed sunglasses. We all know how the geo-political disasters of the period played out, so don’t bother your ears with this again.