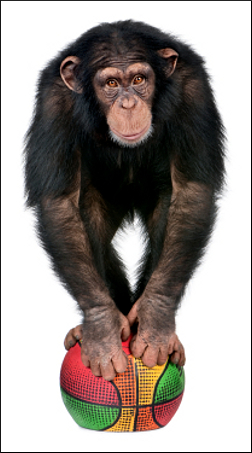 KEBAB lovers were last night relieved to discover their favourite food is nothing more than illegal chimpanzee meat.

The Institute for Studies found that around 64% of kebab matter was from chimps, which although endangered are relatively nutritious.

Professor Henry Brubaker said: “For years experts like myself believed it to be the flesh of an ancient race of octopi-like creatures, possibly of extra-terrestrial origin, whose frozen bodies had been found among the ruins of an ancient civilisation at the North Pole and then pulped, boiled and mixed with sawdust and Germolene.

“Whereas chimpanzees are reassuringly familiar, have appeared in many films and television adverts and have probably eaten an organic diet.”

The discovery is reassuring news for consumers, many of whom experience the condition clinically termed Post-Kebab Self-Loathing Syndrome, described by doctors as the morning-after sensation of having betrayed one own’s soul.

“I won’t even get the salad next time. I’ve never really trusted it anyway, because of its sinister hue and disturbingly obvious lack of blood.

“But I will of course get the hot sauce that I actually hate as it remains a simple but effective way of illustrating my robust masculinity.”