Managing your social circle: How Squeaky Steve was holding me back.

ROBERT Kiyosaki says in his fantastic book Rich Dad, Poor Dad that you must get rid of your friends that don’t share your vision of success. He is, of course, absolutely right. It’s time to separate the wheat from the awkward and unattractive.

Steven Mundy was my best friend from the age of five. Due to a nervous nature and a defect in his larynx he unfortunately spoke with a squeak and was therefore nicknamed ‘Squeaky Steve’. He sounded like someone was trying to strangle a Robin in his voice box.

Our childhood years were blissful, he was then the perfect friend and I loved him like a brother. In the summers we’d play games of Prawn, where I would paint him pink and attach tendrils to his head and torso. In the winter we’d receive prank phone calls.

I always stuck by him. Once an astronaut came into a school assembly and picked Steve to try on a space suit. Unfortunately this led to  Steve getting an erection. Despite the merciless teasing Steve maintained that, ‘until they tried one on, they would never understand the excitement of being inside a complex system of garments and environmental systems designed to keep a person alive in the harsh environment of outer space’. On another occasion he was taunted into getting in Winston Churchill’s bed and consequently thrown out of Blenheim Palace and banned from all future school trips.

After school Steve and I partnered up in the corporate world and it was then that the problems in our relationship emerged. CEOs and account executives did not like Steve’s squeaky voice. On one occasion he read out some financial analysis of a leading global investment bank but ended up sounding a bit like Axel F by Harold Faltermeyer.

Steve was not a friend I needed if I was to become an international business success and so I was forced to sever the ties of our relationship. It was actually easier than I thought because a refined crowd of young businessmen quickly adopted me. We played golf, we flew business class and we always spoke in an appropriate frequency.

I don’t know what happened to Squeaky. Someone told me  he got a job in a Dolphin display in Dolphin Harbour Miami Seaquarium. The woman who told me was making it sound cool, but he can’t be earning more than thirty grand.

I rarely think about him, but when I hear the occasional creak of an un-oiled door hinge or the sound of a teaspoon going into tightly packed hot chocolate I think, ‘thanks for the memories Steve, but those squeaks were holding me back’.

Dr Morris O’Connor is the best selling author of Cull Them Now: Ditching Your Pointless Friends.

Most would back far right if it was better at violence 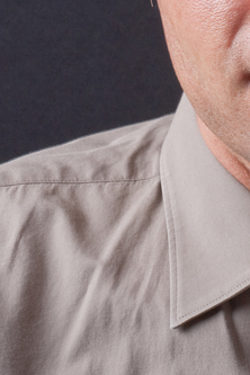 A MAJORITY of Britons would back far right groups if they gave up street brawling and bulldozed a mosque. 56% said brown is a nice colour for a shirt

A survey found that 52% wanted groups like the English Defence League and the British National Party to promote organised and spectacular violence that has clear and achievable aims.

And more than half of those said that if done properly the violence could eventually involve trains delivering human freight to vast facilities hidden deep in the Forest of Dean.

Martin Bishop, a middle class man who feels ignored, especially when he is being quoted by the Daily Mail,  said: “Throwing a few fists with some coppers makes them look piddling and irrelevant, like students.

“They need to get organised, perhaps get some nice smart uniforms and then begin a series of systematic attacks as part of an overall strategy of violent intimidation.

“For instance, I’d like them to pick a particular section of society and then tell me to go and smash all their windows.

“We could all do it at the same time and call it the ‘Night of Lots of Broken Windows and Stuff’.”

Helen Archer, a woman who has had enough of something from Stevenage, said she did not want to bulldoze a mosque but would if she had to because it would make her happy.

She added: “I’ve got nothing against Muslims, I just don’t want them imposing their medieval values on me while I’m demanding the return of capital punishment and writing to the BBC about Graham Norton.”