FOLLOWING Brexit and Covid, traditional Christmas markets are now a grumpy bastard from Walsall selling cans of Carling out of a shed.

The lack of continental traders and social distancing requirements mean that traditional Christmas markets of Brie, glühwein and carved wooden toys have been reduced to one man who does not want to be there overcharging you for lager.

Nathan Muir of Leeds said: “He’s got a Bluetooth speaker playing Christmas songs, but he keeps it inside the shed because he ‘doesn’t like the look of these thieving f**king kids’.

“Carling’s a fiver a can. There’s a few fairy lights strung on the shed roof. Every 40 minutes he locks the shed door and goes and has a fag just behind it.

“I asked if there were any stalls coming, selling Christmas crafts and lovely handmade fudge, and he said there was ‘none of that shit this year’. Then he asked if I was buying a Carling or not, and if I wasn’t then piss off out of it and stop wasting his time.”

Roy Hobbs, who is running the Christmas market, said: “Yeah, all the French and Germans and that f**king shower couldn’t come because of Brexit. Good riddance.

“We invented Christmas anyway. You can come down here and get rat-arsed in the cold and that’s it.”

Face it, it's f**king Christmas 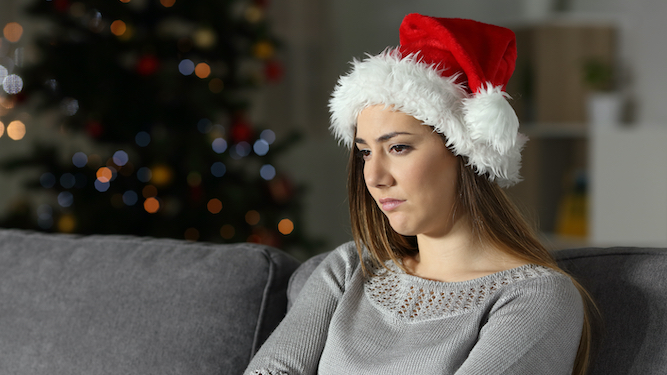 SOURCES have confirmed that it may technically still be November but you might as well face the facts: it is f**king Christmas and there is no point pretending otherwise.

Reports of it being freezing, dark by 4pm, the shops playing every bloody song that has a hint of seasonal connection and mince pies on the shelves all add up to it being Christmas. Sorry.

The public is advised that they can hide under the duvet all they like, but it will still be Christmas. There will still be snow on the letters on magazine titles. That Lidl advert that envisions a nightmare future where Lidl never dies will still be on.

The decorations need to come down from the loft. Lights must be strung outside the house, if you are the kind of dick who does that. If you are enough of an arsehole to go and buy a real tree, get going before only the bald, short ones are left.

Britain has also been warned that there will be a Christmas do, and it will suck whether it is a traditional one or some knobhead from marketing has suggested going to see Shed Seven. Attendance is mandatory.

It has been confirmed that there is nothing you can possibly do to avoid it. It is f**king Christmas. So you may as well start drinking.