A NEW version of the UK citizenship test will be based on the country’s warped value system, it has emerged.

Instead of answering questions about British history, foreign nationals must now prove they have the right kind of psychosis to thrive in modern Britain.

A Home Office spokesman said: “To truly belong here you must be borderline insane as well as completely obsessed with money and property.

“For example, you need not know when or why Hadrian’s wall was built, but you might be asked roughly how much it’s worth and whether you could get planning permission to add a double garage.”

Answer ‘yes’ or ‘no’ to the following questions:

1. Would you describe your mental state as ‘quiet desperation’?

2. Are you unable to shut the fuck up about how much you earn?

3. Is the culinary highlight of your day a Boots ‘meal deal’?

4. Are you scared of foxes?

5. Do you spend over ten hours per week looking at pictures of strangers’ houses on the internet?

6. Do you either never read, or only read books that have won some sort of coffee award?

7. Do you consider Stephen Fry and Stephen Hawking to be the only clever people Britain needs?

8. Are you only able to empathise with amusing animated creatures in television adverts?

All yeses: Welcome. Come and join us in the darkness.

4 yeses: One day you might be suitable to come here and do some horrible job involving potatoes.

3-0 yeses: Back in the wagon, Johnny Foreigner, or I’ll thrash you until even your hair hurts. 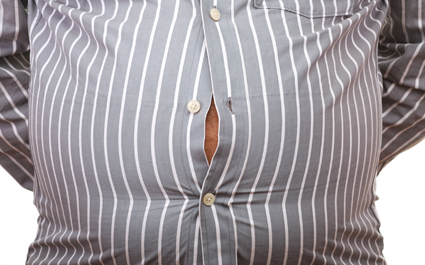 LOOKING at people is the best way to judge whether they’re overweight, it has been claimed.

Obesity expert Dr Roy Hobbs said: “When working out if someone is obese, trying using your eyes instead of a mathematical equation.

“Then, if necessary, you tell them to eat less food.”