As it emerged that even an unremarkable degree can boost income, companies that do uninteresting things said they prefer graduates who have just scraped a pass.

Tom Logan is MD of Shelf-Tech, a company that makes shelves: “People with upper second class degrees never seem to hang around that long, it’s like they don’t want to stay in the shelf industry and see us as a stepping stone.

“But a 2:2 is like the lower end of mediocrity, it suggests someone who hasn’t got any serious aspirations and is happy to coast along.

“Those people are fairly acceptable as employees and they’re not really motivated enough to bugger off.

“Also they’re usually nicer, they’re into television and smoking weed rather than heavy business jargon or showing off about what books they’ve read.”

Real Madrid cracks down on Bernabéu-walkers 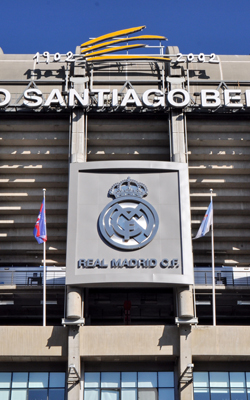 DOZENS of footballers have been spotted loitering around Real Madrids ground touting for business.

Spanish police have started naming and shaming the street-footballers to their clubs, and will now focus on agents with a large stable of working boys.

Sergeant Jorge Olazabal said: We turn up in the morning and theres discarded contracts all over the pavement, which parents then have to explain to their children.

Its disgusting  I speak to these players late at night and ask them if they have no shame but they just flutter their eyelids and ask if Florentino Pérez has mentioned them.

Cleaners are working seven days a week to clear phone boxes of postcards offering Quick winger action and Watch Me Bang Them In, with London and Liverpool phone numbers.

Although soliciting a transfer is against FIFA laws, many players still flout themselves in local radio interviews by saying they are wide open to discussion and ready for some unhurried, deep, informal talks.

Campaigners have suggested legalizing the trade, allowing footballers to set up business in regulated Transfer Parlours in districts away from schools or residential areas.

It has been suggested this would reduce the practice of trafficking teenagers from South America on the promise of life in a luxurious Barcelona only to find themselves working away in grimy Carlisle FC.

Olazabal said: Maybe that is the answer, but ask yourself  would you want any son of yours parading around in a pair of tiny shorts for some dirty old billionaire chairman?