EXPERTS are puzzled that over 80% of people in the UK do not feel pissed off.

New statistics show that only one in five people feels unhappy despite the existence of the government, every major newspaper, ‘Towie‘, NCP car parks and greetings cards where women from the 50s are saying something bitchy.

Professor Henry Brubaker of the Institute for Studies said: “Clearly there is something wrong with that mostly contented 80% of the population.

“Are they somehow managing to avoid the mass media, and have thus never been exposed to the term ‘sideboob’ or seen a quirky advert for online dating?

“Have they never been in a Jack Wills shop or visited a bar where they have a ‘resident mixologist’?

“The ‘happy 80%’ must be either hermits – which makes little sense because hermits are notoriously reluctant to participate in surveys – or in some way disconnected from modern Britain.

“Perhaps they share a collective delusion and see the country in bright primary colours, a bit like Marioland.

“Either way, modern Britain is inexplicably in the grip of a happiness epidemic. It’s like World War Z except with smiling, upbeat people instead of zombies.”

“My friends try to bring me out of it, pointing out things like how a book about sado-masochistic sex games is more popular than all the world’s literary classics combined, but I remain impenetrably chipper.” 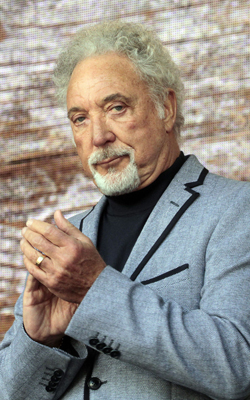 THE BBC paid vast sums to allow The Voice star Sir Tom Jones to hunt humans, it has emerged.

The corporation admitted providing Sir Tom with a huge country estate in which to track and slay his victims, usually recent graduates who were desperate to work in TV.

BBC researcher Nikki Hollis said: When Sir Tom mentioned the ultimate prey we assumed it was just another pub rock covers band. Then he showed us his collection of shrunken heads.

He became very animated and started getting out suitcases full of weapons. Guns, axes, crossbows, blow darts, mines, a flamethrower – plus something he called the dematerialiser.

One of the producers suggested going grouse shooting instead, but Tom said only humans had the guile and intelligence to be worthy opponents.”

Sir Tom said: When youve had as many hits and beautiful women as me, the only way of recreating the buzz is to get on a quad bike and go after people with a Roman gladiators trident.

Everyone is always given a sporting chance. One woman evaded me for over 24 hours, so I spared her life and gave her a signed copy of Sex Bomb.

Frankly I dont see what the fuss is about. Will.i.am got to blow up genetically engineered dinosaurs with an F-15.