Conversations about mortgages: The grim rites of passage of your 30s

INTO your third decade of existence? Brace yourself for these disappointments, which are also rites of passage:

As inevitable as death and taxes. Getting off your arse and running for 26.2 miles – or at least considering it – is a sure sign you’re wrestling with the first stages of a mid-life crisis, but at least you’re being proactive about it. By the time you reach your 40s you’ll ditch marathons for hardcore shit like escorts and cars that don’t suit you. They’re easier on your body.

Kids or divorce or both

Having kids while you’re relatively young sounds like a good idea because you’ll still have the energy. Then when you have them you’ll realise that nobody has the stamina to cope with endless shrieking, shitting and running about. The strain of raising children may also introduce you to a new, very grown-up experience: divorce.

Listening to people debate the merits of fixed rate APRs or whinge about stamp duty is a bleak, joyless prospect. These conversations are made even worse because they involve sums of money you can only dream of. Instead, your mortgage chats will mainly involve your parents nagging you about why you haven’t got one yet. It’s easy, Kirstie Allsopp said so.

You haven’t been to the dentist since your teens because you thought your body was indestructible. How wrong you were. After braving a routine check-up due to a mild toothache, you’ll find yourself booked in for half a dozen fillings and a couple of root canals. They’re relatively painless because dentistry has come a long way, but the bill is still agonising.

The uninhibited fun of your 20s is over, and the naive enthusiasm of your childhood is a distant memory. In their place will be a nagging sense of emotionless boredom, as if you’ve realised your life is short, meaningless and unremarkable. Enjoy it while you can, because this feeling is a joyride compared to the despair of middle age. 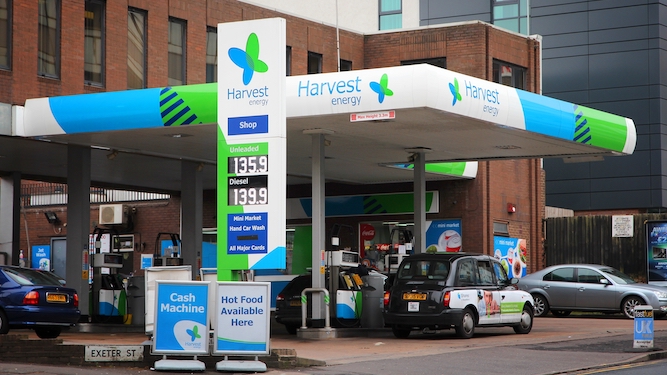 FORGOTTEN Valentine’s Day? In a desperate panic? Here’s how to delight your loved one with generic tat from the nearest open shop:

Buy the only card left

You’ve got to get a card, even if you are so impoverished of imagination that you let the soppy printed message do all the work and just scrawl your name at the bottom. Pick the reddest, most impractically sized monstrosity you can find, preferably padded. Bonus points if it’s full of glitter that your partner has to hoover up after they’ve opened it.

Throw in some chocolate

Chocolate is romantic, right? Well, maybe if you’d spent a ruinous amount of money on a batch of handcrafted artisanal truffles with your partner’s name carefully piped on each one. A multipack of Double Deckers doesn’t demonstrate quite the same level of forethought and care.

A bunch of wilted flowers from a petrol station is a Valentine’s Day cliche which you aren’t going to perpetuate. Instead, grab something like a can of de-icer or a set of jump leads and spin it to your partner as a hilariously ironic and witty gift. They will crack a fake smile while hating you on the inside.

Leave the price on

Nothing says romance like spontaneity, so the fact that you present your gifts wrapped loosely in a plastic bag with the word ‘Esso’ printed on it just shows you’re a free-wheeling maverick who follows your heart. After all, you can’t put a price tag on love, even though £2.50 is clearly the amount you’ve chosen.

If all else fails, get a scratch card

Everyone loves a scratch card as they offer the potential of getting loads of cash, ditching your old life and running away to sunnier climes with a string of hot young lovers. Which is exactly what your partner is going to want to do after spending yet another horribly disappointing Valentine’s Day with you.