Councils to use ducking stools for benefit claimants

COUNCILS have started plunging unemployed people in rivers to see if they float, it has been confirmed.

Fraudfinder General Roy Hobbs said: Just last week in Carlisle I did hear of a man whose familiar goaded him into not declaring that bit of painting and decorating he’d done for his brother-in-law.

After a mere twenty minutes at the bottom of the river Eden, he ceased his previous claims to have done it for a few beers and a curry.

May the grace of the DWP guide our future endeavours.”

Ramps will be installed by major rivers to deal with the large volume of DLA claims referred to Hobbs by ATOS.

Blind claimants will be guided into the riverside assessment area by having a ball thrown into the water to attract their dog.

Hobbs said: We have also discovered a way of assessing Bedroom Tax claims by setting fire to the houses in question. It’s early days but we’re getting some interesting results.

All people thrown out of nightclubs were treated unfairly 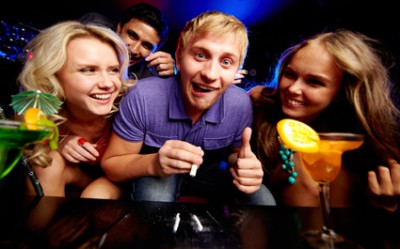 EVERYONE who has ever been thrown out of a nightclub has confirmed it was not their fault.

The Institute for Studies found that everyone forcibly removed from a late-night venue was not doing anything, and the bouncers were just being pricks.

Professor Henry Brubaker said: “It’s clear that the problem lies with club management, who for some reason are looking for an excuse to throw paying customers out on the street.

“Britons don’t want any trouble and weren’t starting anything, it was just a misunderstanding. Even if it looked bad at the time, they should have been given a chance to explain.”

29-year-old Emma Bradford was thrown out of a London bar last year: “I was upset because my fish died last year, so I went in the cubicle with three friends so they could comfort me.

“We all felt very sad which is why we came out sniffing.”

24-year-old Tom Logan was thrown out of Velvet nightclub in Kent after allegedly exposing himself on the dance floor. He said: “My penis was briefly visible, but I only took off my trousers because they were chafing, which is the venue’s fault for having a ‘no jeans’ dress code.

“At least I think they do. If not it was just that Welsh bouncer who hates me for no reason, being a bastard.”

Professor Brubaker agreed: “Tom’s friends and relatives all agree that he’s a ‘good kiddie’ and ‘sound’ so he definitely couldn’t be in the wrong.”