Couple who spent all day cleaning dishonestly apologise for mess

A COUPLE who spent all day cleaning their house have pretended they think it’s like a pig sty.

Lying bastards Eleanor Shaw and Tom Logan spent hour frenziedly mopping and hoovering, only to pretend that the house is still below their normal standards.

Shaw said: “We’re so sorry about the mess. We’ve just been so busy with our important jobs and stimulating social lives.

“Don’t even look at that pile of tasteful art books, because one of them’s slightly out of alignment.

“How very embarrassing this all is.”

Guest Nathan Muir said: “They’ve clearly taken a day off work to sort this place out. While they’re terrible actors, it’s nice to know they care so much what we think of them.

“That said, I’m not sure how we ended up being mates with such superficial dickheads.” 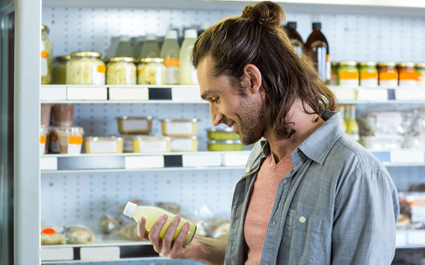 A MAN has taken down capitalism by adding an expensive smoothie to his Boots Meal Deal, it has been confirmed.

Logan said: “I grabbed my usual chicken triple and Walkers max flavour crisps, but when I saw the Innocent Smoothies there in the deal section, I thought it must be a set up.

“Why on earth would the store include such a costly luxury item as part of the standard office pleb lunch offer? Clearly there had been a labelling error – so I swooped like an eagle.

“One moment I was at the till purchasing my winning combination, the next thing I knew Wall Street had crashed and Jeremy Corbyn had added me on LinkedIn.

“I’d always thought of myself as a bit of a champagne socialist, I never guessed it would descend into smoothie communism.”