AT the stroke of 9.00 a.m Tom Logan and Emma Bradford’s favourite people in the world raced to find the cheapest item on their wedding list.

Friends and family had been poised at their computers ready to pounce on paperweights and place mats the second the list was opened.

Stephen Malley said: “I was in a meeting when I got the reminder on my phone. I left immediately and sprinted to the nearest computer driven on by adrenaline and fear.

“By 9.03 I was dripping with sweat but I’d successfully bagged a toaster and was off the hook.

“I’ve known Tom since I was three and it’s an honour to be his best man, but there’s no room for sentiment when it comes to a gift list. It’s like the Hunger Games.”

The couple stated on their wedding invitations that they did not expect any gifts while making it clear that anyone who did not at least deliver a saucepan would be dead to them.

Tom Logan said: “We put a handful of affordable things on the list but after that it’s every man for himself. Now we sit back and see which sucker is left with no option but to get us a widescreen TV.”

Brexit campaign baffled by its appeal to people with tinfoil hats 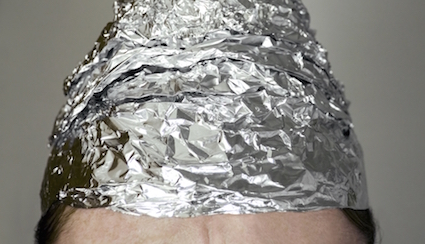 BREXIT campaigners are puzzled as to why the movement is attracting so many lunatic conspiracy theorists.

As David Icke gave his backing to the campaign, Eurosceptic organisations confirmed that many of their supporters looked odd and carried ‘documents’ around in a plastic shopping bag.

Tom Booker, a coordinator for the Brexit movement, said: “All we want is for Britain to leave Europe and negotiate its own trade agreements. And for Brussels to stop controlling our minds with special Euro-rays.

“Yet for some reason, this seems to attract all kinds of weirdos.”

He added: “Why can’t we get someone sensible like David Attenborough or JK Rowling on our side? Surely they both realise deep down that Britain should take immediate control of India again.

“Instead, we get these horrid, off-putting Little Englanders who think that Brussels is tampering with our water supply. It’s nonsense, Brussels is using a special hypno-gas.”