Cowell Changing UK Law At Will

SIMON Cowell has announced early release for prisoners who pledge to buy One Direction’s debut CD, as he begins to overhaul Britain’s statute book.

The nation’s most powerful man negotiated the programme with justice secretary Ken Clarke in exchange for a go in the X Factor helicopter and a good chimping from Matt Cardle.

Convicts of all grades will be shipped to their nearest HMV next month, on the as-yet-unconfirmed release date of the boy band’s self-titled album.

They will have the option to purchase the minimum of one CD and a poster, or to return to incarceration but with their beds replaced by a large homosexual filled with angry lust.

Legal expert, Nathan Muir, said: “This will outrage the moral sensibilities of any right-thinking person. But I’ve just checked the latest law books and they appear to contain nothing but pictures of Simon Cowell grinning archly with his arms folded.”

Plumber Nikki Ellis said: “This is bad, but it’s probably just meant to divert us from the really important injustice of Mary Byrne not going through to the final.

“I’m much more angry about that, because I am a self-styled real woman and as such identified closely with her.”

Convicted double murderer Roy Hobbs said: “This is a really good situation for me as I actually like One Direction. Harry is my favourite, He has a cheeky grin and eyes the colour of garnets.”

Britain to sort it all out with a good fight 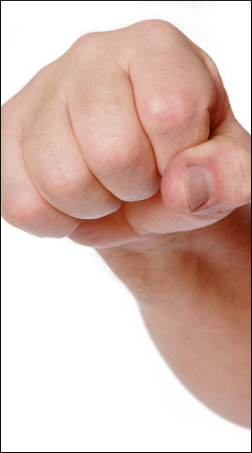 A MASSIVE, country-wide fist fight could be the solution to Britain’s problems, experts have claimed.

As the country is overrun with at least eight types of street violence, new research shows that a giant, consequence-free scrap could actually be beneficial to the national psyche.

Julian Cook, a sociologist at Reading University, said: “There’s nothing like a good punch-up to clear the air, whether there’s a serious ongoing family problem or someone’s just looked at you funny in the street.

“Statistically, 74% of fights end in the participants being best mates, even if only until the following weekend.

“This country is beset with economic strife, civil disorder and poor customer service. How much easier life would be if the aggrieved parties could just knock the bloody shit out of each other without the tiresome legal ramifications.

“Not with bats or chains or anything – just fists. And only for a day.”

He addded: “Imagine the reconciliation that would follow. Violence is definitely the answer. Especially for the little, niggly things.”

Mother-of-one Emma Bradford said: “My first port of call would be everyone involved in the ‘Isa Isa Baby’ Halifax advert.”

“I blame prevailing economic and weather conditions and Mrs Thatcher for people like me. You can read more of such opinions in my book Crazy Bastard, which is all about the redemptive power of pacifism and in no way lingers on the stuff I did with nail guns in lurid detail with full colour photos.”