LAUNCHING Trident missiles at Scotland is the most sensible way to end the row over independence, according to a Daily Express reader.

Express fan Roy Hobbs is amazed that military planners have not realised they could easily crush the Scottish independence movement with a small nuclear war.

Retired factory supervisor Hobbs said: “I’m not suggesting wiping out all of Scotland – that would be insane – just destroy a few places like Dundee as a warning.

“However if Sturgeon carries on with her nonsense we’d reduce all their cities to piles of radioactive rubble, particularly the rebel headquarters, Edinburgh.

“I can’t believe our so-called ‘top brass’ haven’t done it already. Of course millions would die, but there’d be enough survivors to start rebuilding and they wouldn’t have any silly ideas about independence next time.

“Either we nuke Scotland now and save the United Kingdom, or we’ll have to put up with Sturgeon on the news every night moaning about something or other.”

Hobbs has also advocated the use of nuclear weapons against Raqqa, Brussels and the London Borough of Islington to “get Corbyn”. 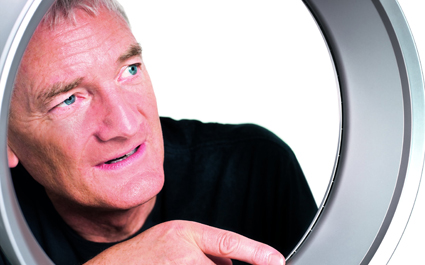 JAMES Dyson has reinvented the wheel to make it incredibly expensive with lots of unnecessary features.

After launching a £299 hair dryer, the entrepreneur has turned his attention to the circular transportation device that has remained fundamentally unchanged for millennia.

“A series of microprocessors gives precise temperature control, while a satellite uplink allows you to send and receive data from your wheel anywhere on Earth, even underwater.

“We decided against traditional wheel materials such as steel or rubber, instead opting for platinum and a long-lasting plutonium battery.

“This makes it relatively expensive at £34,999.95, but it’s perfect for anyone who wants a professional-quality wheel that will go round literally thousands of times with no loss of performance.”

Dyson wheel owner Tom Logan said: “The only problem was when I attached it to a small cart to transport some light objects. Then it broke.”