A MAN would regularly watch the same Neighbours episode twice in a day during the 1980s, he has revealed.

As it emerged that the soap could disappear from British TV, 41-year-old Wayne Hayes recalled how he used to watch the day’s episode twice, once when it was broadcast in the early afternoon and then again at half five, because he had no other commitments.

Hayes said: “It was a golden era, both in terms of Neighbours and my life. We’re talking Scott and Charlene, Mike and Jane, and those twin sisters where one was way hotter than the other despite them being physically identical.

“Later when I became a student, I would get up in time to enjoy some Shreddies while watching the lunchtime Neighbours, then go to the shop and dick around a bit until the exact same episode came back on. I then did pretty much the same thing while on the dole.

“I saw Jim Robinson die twice in the space of five hours, which was pretty affecting, and I vaguely remember a girl called Cody who was about 17 but had the voice of a 64-year-old truck driver.”

Man finally gets My Bloody Valentine 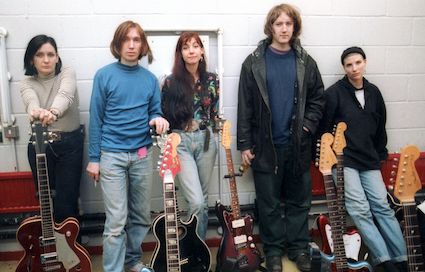 A 41-year-old man has announced he finally gets bands like My Bloody Valentine and Ride.

Martin Bishop said that despite years of his friends listening to ‘shoegazing’ bands, he never quite understood it and did not even bother to illegally downloading any of their albums.

Bishop added: “My mate posted some tracks from Loveless by My Bloody Valentine on Facebook and I was like, ‘this is brilliant’.

“So then I listened to Polar Bear by Ride and I was like ‘this is brilliant too’. I’ve even bothered to illegally download all their albums now. It’s a big step.

“Now, if anyone asks me I’ll be like, ‘Yeah, of course I like shoegazing music, pretty much always have’.”

“I don’t like Drone Rock and I’m the bass player in Godspeed You! Black Emperor.”