Data Stick Makes It As Far As Pub

THE government claimed a major victory for data security last night after a memory stick containing highly-sensitive details made it as far as the pub.

The Treasury said the era of personal information being left on public transport was at an end and the public could now have confidence their bank account details would most likely be discovered in a car park.

A spokesman confirmed a data stick holding millions of tax records and passwords was handed to an office temp last week who left it dangling precariously from his pocket in accordance with procedure.

The temp was so surprised to discover the device was still there at the end of his journey that he immediately took it to the pub to show his friends.

The spokesman added: "He said he had successfully transported top secret data all the way from his work and would anyone like to help him celebrate.

"After three hours of very heavy drinking he shouted 'Christ I've lost it' until he was reminded he had lent it to some bikers who were using it score obscenities into each others' necks.

"He grabbed it back and went into the car park where he then tried to use it to light his cigarette. After 25 minutes he gave up and threw it into a bush.

"When he eventually did light his cigarette it was the wrong way round." 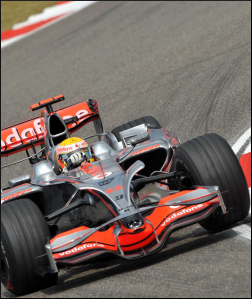 In a climax, described by some as interesting, the McLaren car pointer crossed the chequered line in fifth place thereby finishing first and completing yet another day of abject humiliation for the world’s foreigners.

“All he had to do then was work out the best way to point it using the steering thingy.”

Hobbs added: “But of course, the most important thing about car pointing is the car, and luckily the car he was pointing was faster than all the other cars being pointed this year.

“I suspect that Lewis Hamilton will now dominate this sport until they come up with a way of doing it all by remote control.

“And yes, it will be like a gigantic Scalextric but with lots of stunningly attractive, heavily-chested ladies in tight t-shirts draping themselves over bald, cigar-smoking fat guys.”