THE works of Charles Dickens have nothing to offer London’s 21st Century thieving underclass, say experts.

As the literary world marks Dickens’ 200th anniversary, academics insist his descriptions of rosy-cheeked scallywags who relieve you of your pocket-watch, do not resonate with today’s street bastards.

Author Francesca Johnson, said: “Dickens contains very little in the way of criminal knowledge that would be useful to the little shit that stole my iPad.

“Meanwhile hardly any of them show even the slightest interest in accruing copious quantities of silk handkerchieves.

“And they are also unlikely to wear lovably battered top hats and wink in a cheeky fashion. Unless it’s a way of getting you off guard while they cut your hamstring with a Stanley knife.

“And if they lived in a big attic with some weird old guy they would probably have falsely accused him of paedophilia by now.

“Because they were bored.”

She added: “Dickens wrote of a society without proper education, in which the poor were left to their own devices and the rich grew ever richer. But crucially the underage thieves were very jolly.

“We’re so close to recreating his world. Perhaps Ian Duncan Smith could arrange some singing lessons in Deptford?”

Google kicks Queen in the face 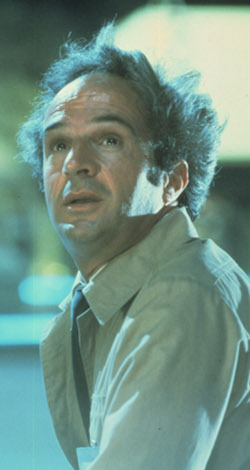 GOOGLE has kicked the Queen squarely in the teeth, it has been confirmed.

On the 60th anniversary of Her Majesty’s accession to the throne the search giant pointedly refused to dedicate its home page ‘doodle’ to the sovereign’s landmark, instead using it to pay tribute to some dead French pervert.

Today’s ‘doodle’ celebrates the 80th birthday of something called ‘Francois Truffaut’ about whom little is known apart from his definite Frenchness and probable deviance.

Experts predict the snub is the bestial precursor to an all out assault on our way of life.

Denys Finch-Hatton, editor of Mike’s Peerage, said: “Francois Truffaut had a largely unintelligible walk-on part in Close Encounters of the Third Kind and, as far as I am aware, did absolutely nothing else.

“But Google, run as it is by mincing, non-Christian foreigners, sees fit to honour this sweaty, fat lipped non-entity while sending Her Majesty a letter bomb filled with razor blades and polio.

“The Queen may as well be dead. We should now set fire to everything.”

A spokesman for Google said: “Queen Elizabeth and Britain can go fuck themselves. We look forward to urinating into their dying faces.”

Tomorrow’s ‘doodle’ will mark the 90th birthday of Hattie Jacques by comparing her to Hitler.