Do you rely on British history for your identity or have you got your own personality?

DO you need statues, flags and Empires to be an interesting person or can you do it all by yourself? Find out:

How do you feel about Winston Churchill?

A) An absolute hero. I love and respect him more than my own grandad, and act like he was the one who gave me birthday card with a fiver in it every year.

B) Given that he’s a historical figure I don’t have any feelings about him. I have some thoughts, but that’s a different thing.

Do you think you are inherently superior because you were born in Britain?

A) Yes. I am part of a long line of special Brits like Shakespeare, Nelson and Cromwell. I mean, I’m not related to any of them as I come from peasant stock but that doesn’t stop me being totally amazing by having heard of them.

B) No, it’s just a geographical coincidence. To be honest, I’d rather have been born somewhere it doesn’t piss with rain all the time.

Are statues of vital importance to your identity?

A) I never gave statues a second thought until the Daily Telegraph told me too but now they are top of the list of things that make me who I am.

B) Do garden gnomes count? I’ve got quite a large collection.

Does the Union Jack flag make you feel all funny in the groin area?

A) Phwoar, yes, that random selection of colours and shapes is the most beautiful thing in the world.

B) It did when Geri Halliwell wore one at the Brits that time, but that’s about it.

Mostly As: You are relying too heavily on the deeds of old, dead people for your sense of self. Try finding a personality elsewhere, for example through getting obsessed with metal detecting.

Mostly Bs: You have developed your own personality, but it largely revolves around being a self-satisfied, elitist leftie. Try being less smug, you might make some friends.

Six things to buy and never use 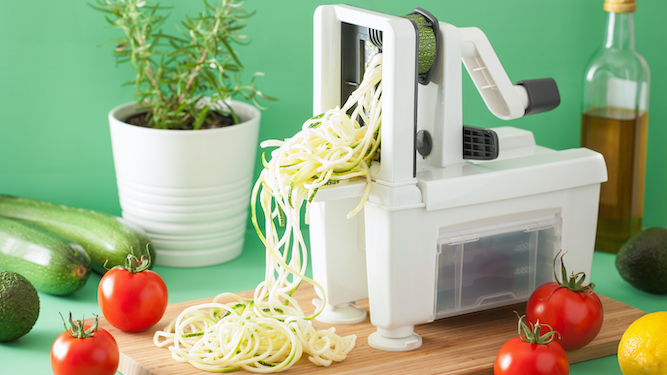 Want to make yourself feel better through mindless consumerism? Here are some items to purchase and forget:

Initially exciting, electric toothbrushes quickly become irritating due to lengthy charging times, always trying to link to your phone via Bluetooth propensity for falling down the side of the sink. Stick it in the bathroom cupboard with the scales you’ve not consulted since lockdown began.

Recording all your innermost thoughts and worries in a beautiful handmade journal seems like a useful, reflective thing to do. Until you remember that you’ve already got Facebook for this and a journal won’t enable 62 acquaintances to reply to your narcissistic outpourings with ‘U ok hun?’

A heated ice-cream scoop solves what is probably the world’s smallest problem. Anyway, the truth is you’re going to eat 90 per cent of the ice cream from the tub at 3am, when you’re so pissed you’ll scoop it out with your debit card rather than be arsed to search the kitchen for this ridiculous implement.

You live in Swindon, your weekends are already taken up with hangovers, kids, sport on telly or all three, and, anyway, you don’t have a roof rack. The ultimate white elephant for any suburban garage, a paddleboard will be an annoying item you trip over for three years before eventually putting it in a neighbour’s skip in the middle of the night.

Purchased in the January sales after a particularly heavy New Year’s Eve, the spiraliser was going to help you become the healthy, wholesome person you know you really are. After one fiddly, annoying dinner, it went straight into the cupboard with the bread maker where it will stay until you die from eating ready meals.