Dragonriders ‘get most job satisfaction’

THE top career for job satisfaction is being a dragonrider in the fantasy world of Nazgar, according to a survey.

Research by City & Guilds found that while landscape gardening and being a paramedic scored highly in terms of job satisfaction, none matched up to defending the people of Nazgar on a dragon steed.

Dragonrider Wayne Hayes said: “Patrolling the azure skies of Nazgar on a massive dragon is great if you like working outdoors and being your own boss.

“There’s no such thing as a typical day. One day you could be finding an ancient spell tome for a friendly wizard, the next you’re battling the orc armies of Baalath, Dark Lord of the East.

“You just don’t get that sort of variety working in a bank.”

Dragonriders need a good head for heights and must like lizards. Hayes also stressed the need for flexibility: “If there’s an invasion by an orc horde, then you could end up working the whole weekend.

“Battling the forces of evil creates a great team spirit though, and you get to meet a lot of elven princesses, who are pretty filthy if you can put up with them banging on about prophecies.” 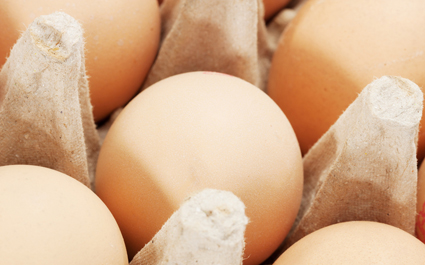 PRINCE Charles has a deep spiritual bond with eggs, it has emerged.

The special man-egg relationship emerged after the prince denied having seven eggs boiled for him each morning.

He said: “The idea of eating an egg is abhorrent – they have such adorable personalities.

“I do have seven eggs, but they are my friends and sit on little thrones. My favourite is ‘Nimble Yolker’, he speaks to me in rhyming couplets.”