'Survival of the thickest' now a reality, say scientists

CHANGES in human evolution mean that only idiots will continue to thrive, it has been claimed.

Citing evidence from Twitter, Facebook and ITV1’s daytime quizzes, researchers at the Institute for Studies confirmed that natural selection has tipped in favour of the very thick.

Professor Henry Brubaker said: “Not only is intelligence unnecessary, it’s actually a hindrance. In an evolutionary sense, the brain is now less useful than visible muscles like ‘pecs’, which can get you sex and money.

“Social networking sites may have accelerated the rise of the very thick, or may simply be a conduit for pre-existing stupidity.

“It’s very much a chicken and egg scenario, if the chicken is ‘social networking’ and the egg is ‘being a fucking idiot’.”

Professor Brubaker added: “As we evolve into flabby, immobile technology operators, lack of activity will cause global food shortages.

“Whatever semblance of government remains will deem those capable of ‘entertaining’ or incendiary Tweets – for example accusing a randomly-selected person of fucking a horse – to be the most valuable, and give them bags of Wotsits proportionate to the size of their following. 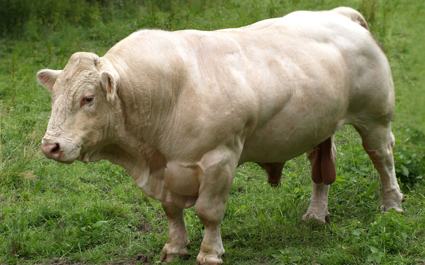 A PAIR of balls has been tipped as the next BBC Director General.

Senior corporation executives believe it is time for a massive injection of testosterone into an otherwise ball-less environment.

A BBC source said: “We’ve found a magnificent pair of knackers the size of cantaloupes, dangling between the hind legs of a Jersey bull.

“They wouldn’t think twice about telling Murdoch to fuck off.”