JOHN Terry played a full 90 minutes against Liverpool on Sunday, according to Chelsea FC.

The charm-avoiding billionaires Subutteo set claim accusations that Terry was substituted in the first half against Liverpool are a campaign to smear him.

A Chelsea spokesman said: John actually went on to complete his hat-trick in the second half, although youd never know that looking at the biased coverage of the game.

Several Chelsea players have given statements confirming that he completed the match in perfect health and actually did 100 push-ups in the centre circle in 15 seconds to celebrate our 6-1 win.

The club dismissed reports that Terry injured his knee in a collision with fellow conversationalist Luis Suarez.

The spokesman said: “He doesnt actually have knees, just a series of sinewy chambers full of age-defying fluids.

“Footage of him apparently receiving lengthy treatment on the pitch before being stretchered off has been misinterpreted. John was actually doing a fundraising personal appearance for St Johns Ambulance during a lull in the match.”

Chelsea confirmed that Terry will be missing from the squad for several weeks but say this is because of his forthcoming series of talks in Rwanda, Syria and Palestine promoting unity and brotherhood.

Won't somebody think of the licence payers? plead abuse victims 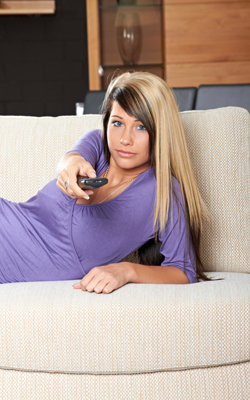 CHILD abuse survivors have urged the public to not to forget BBC licence fee payers.

Roy Hobbs, who was systematically abused at a care home, expressed concern that media attention was being focused on victims like him, with too little emphasis on the need for better communication between BBC managerial tiers.

Hobbs said: “We are forgetting that we are dealing with a tragedy of human resources that stretches from one end of the BBC to the other. It’s affected millions of viewing experiences.

“If only everyone at the corporation knew who their line manager was and they had weekly structured feedback sessions.

“It’s easy to lose perspective though. I’ve been so engrossed by this whole BBC thing that I actually forgot I was abused.”

Social worker Carolyn Ryan said: “At this stage, it’s hard to tell what damage could have been done to BBC license payers.

“It’s not impossible that their enjoyment of Strictly could be forever tainted.

“We should do away with the BBC and bring back the News Of The World, by public subscription.”