Drivers right up your arse have mummy issues

PEOPLE who intimidate other drivers by getting right up their arse were never hugged by their mums, it has been confirmed.

The Institute for Studies found that the closer some twat is to the boot of your car, the more desperate they are for childhood love and affection.

Professor Henry Brubaker said: “Next time there’s a BMW right behind you, instead of doing the wanker sign in the mirror, try blowing them a kiss instead.

“Maybe even encourage them to pull over so you can give them a little cuddle and say ‘There, there, mummy loves you even if you haven’t got any friends at school’.

“Our research indicates that these sorts of drivers have a desperate internal need to be close to someone or something, even the back end of your grubby car.

“In fact, they are probably virgins.

“We believe the root of their behaviour stems from the fact that they never had a close relationship with their mothers.

“That is probably because their mothers realised they were fucking arseholes.”

The Brexiter's guide to why lies are good 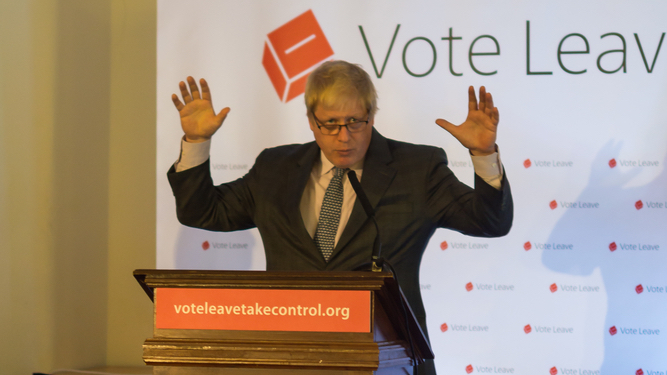 IT’S easy to criticise lying, but it’s a vital part of Brexit. Here’s six reasons why people shouldn’t get their knickers in a twist about a few blatant untruths.

The best bit of Brexit is pretending you’re a plucky Brit standing up to the EU thugs bullying us. That’s a gross distortion of reality, but it’s made a lot of gammons and pensioners happy. Do you want to ruin their fun? Typical selfish Remainer.

It’s not a lie if you cross your fingers

Even a child knows this. So if Boris Johnson had his fingers crossed whenever he said we were sending £350 million a week to the EU then he’s completely in the clear.

Lies are more fun than facts

If I say “In the modern world, lots of people work in other countries” it’s true but boring. Whereas if I say “Do you want to get conscripted into the EU army?” it’s scary and exciting. Remainers need to stop being so prejudiced against lies.

Any warning about the bad effects of Brexit that did not happen immediately is clearly a filthy lie. And lies cancel out other lies. That’s just logic, even if Leave’s lies were constant enormous whoppers like ‘Turkey is coming to live here’.

Lying means you’re not a bigot

Believing that the wicked EU makes Britain run a huge trade deficit and strangles small businesses with red tape avoids you having to admit you just dislike foreigners. So lying is actually helping to fight prejudice.

Lies are a magical journey into a world of pure imagination

Money-obsessed Remainers just talk about ‘wrecking the economy’, but we Brexiters prefer to imagine wonderfully creative scenarios like living in a 1950s-style Brexit utopia. A utopia with hanging.