BRITAIN’S impending drought could force Mancunians to remove their anoraks for the first time since 1990.

The city of Manchester, famous for the music and belligerent wit of its inhabitants, enjoys torrential rain for 50 weeks of every year, spending the remaining fortnight bathed in mist and drizzle.

But the predicted long dry spell could see sunshine making its first appearance in Manchester this century, with thousands of North Face, Berghaus and Helly Hansen waterproof jackets discarded for the first time in their owners’ lives.

In 1990, the last year the rain stopped in Manchester, the Second Summer of Love that resulted saw terrifying fashions spread unchecked across the youth of the nation.

A & R executive Joseph Turner said: “Anoraks fell to the ground like leaves, anoraks that had been worn since before Ian Curtis died, and what lay underneath was an unimaginable atrocity.

“Tie-dye, paisley shirts, Joe Bloggs jeans so voluminous they could themselves accommodate a rave.

“Better the young people of Britain should die in another world war than once again wear wooden beads, smiley T-shirts and Kangol hats. Better we all die.”

The Stone Roses, who have reformed for three sold-out concerts in Manchester’s Heaton Park this summer, are planning to build an outdoor sprinkler system big enough to soak the entire 75,000 audience so as not to ruin the day. 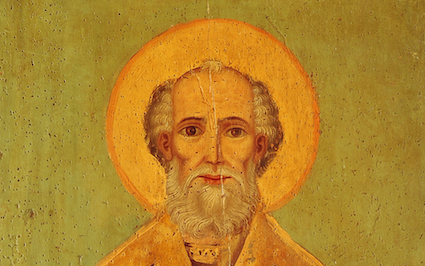 CHRISTIANS worldwide are remembering the martyrdom of Saint Pancake of Antioch.

Saint Pancake, who was born in rural Turkey around 500AD, was a leading figure in the Byzantine church and gained a reputation for charity and wisdom.

But it is the manner of his execution – after defying the Emperor Justinian – for which he is best remembered. Today his death agonies will be re-enacted by millions worldwide.

Church historian Stephen Malley said: “He was beaten and battered, then stuffed with a large quantity of cheese. Some historians differ on this point, and insist it was spinach and ham.

“Either way Saint Pancake was subsequently fried, on both sides.”

Malley added: “He was then tossed repeatedly into the air, in a cruel mockery of his belief that he might one day ascend to heaven or, as Saint Pancake described it in his text De Recipus, ‘the righteously-made shalt adhere to the celestial ceiling’.”

As a final indignity, Saint Pancake’s body was smothered in lemon juice.