THOUSANDS of drunk British children could be spared serious illness and injury if their drunk friends were trained to look after them, experts have claimed.

The British Red Cross said too many drunk youngsters were ending up in accident and emergency departments because other drunk children had left them lying at a bus stop rather than pumping their stomachs or placing them on a saline drip.

“The first aider could have a special badge. Children like badges. Or perhaps a groovy baseball cap with a red cross on it.”

Kyle Stephenson, a nine year-old vodka enthusiast from Darlington, said: “I did a read a leaflet about first aid but then I got very pissed and forgot it all.

“I think you’re supposed to take their shoes off and put them on their hands so they can’t poke their eyes out.

“Then you lift their legs up and shake them until they puke. Once they’ve been sick you can then turn them face down and cover them with leaves.”

Fourteen year-old Gemma Archer, from Grantham, added: “I’m sure I could do first aid as long as it’s before six o’clock. After six I tend to be a little bit unreliable, medicine-wise.”

Professor Henry Brubaker, of the Institute for Studies, backed the move but added: “There does eventually come a point where you have to accept that our society is just moments away from total collapse. 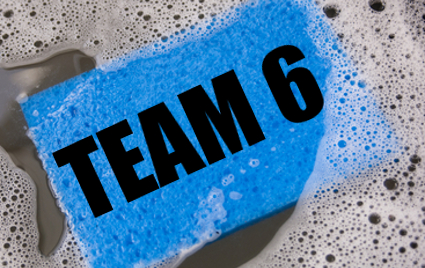 BRITAIN is set to become a nation of sponge eaters after reading the first two paragraphs of a story about cancer.

The story may have mentioned how cancer could be cured using a bath or kitchen sponge and so now Britain is planning to eat sponges at least six times day.

As scientists warned there was a bit more to it than that, Britain insisted that they had said sponges and couldn’t just go changing their minds whenever they felt like it.

Emma Bradford, from Stevenage, said: “I read you had to swallow a sponge on a piece of string. I’ve always thought sponges looked quite tasty, but I don’t know if I want to eat the string.

“The first two paragraphs didn’t say whether or not I could use garden twine coated in salad cream instead, so I’m going to give it a try.”

Roy Hobbs, from Durham added; “The second paragraph said it collects cancer from your stomach. So I assume sponge-eating will also work on the lungs, the kidneys and my horribly misshapen balls.”

And Martin Bishop, from Peterborough, said: “I only read half of the first sentence but I knew they didn’t mean Victoria sponges because I’d already seen an article in the Daily Mail about how Victoria sponges give you cancer.

“Then again it might have been Victoria Wood. I didn’t read the whole thing.”