The governments new benefits cap is a cheerful bright red and must be worn by everyone who receives state benefit.

Ian Duncan Smith, the secretary of state for Dickens, stressed the baseball-style caps must be worn at all times or the money will be withdrawn.

He added: “Most benefits claimants are easy to spot, with their tattoos, hooded eyes and the tell-tale ring of chocolate around their mouths. However, a few of them do look like Normals.”

Sporting one of the jaunty caps Mr Duncan Smith asked: “Do I look bereft of all morality? Splendid.”

If the wearer is still claiming benefits after a year, they will be forced to wear a second cap on top of the original, and so on.

Mr Duncan Smith hopes the policy will force most scroungers into work rather than having to wear an increasingly wobbly pile of hats.

'What are we for?' Welsh forced to ask themselves 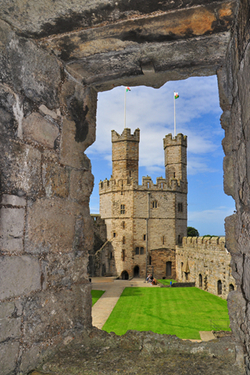 RUGBY defeats by Samoa and Argentina have forced Wales into a long overdue questioning of its very existence.

Experts say the best options open to the terminally vanquished country are to be subsumed into the Isle of Man, or used for paintball tournaments.

But others insist both moves will ultimately end in as yet unimagined levels of failure and called for the Welsh to be placed into boats and forgotten about.

A spokesman for the Welsh ‘government’ said: “Thirty years ago our young men had three choices – play rugby, go down the mines or become New Romantics.

“Many still go down the mines and just sit there in the dark doing nothing, while our New Romantics are regularly out-dressed by the exotic islanders of the South Pacific.”

“But just when rugby was once again giving us a reason to be pleased with ourselves, we find it snatched from our grasp like it was some sort of ball.

“I suppose we still have the singing but after a while it does start to grate. A bit like a bronchial cough.”

But the spokesman insisted that Wales would be fine in the long term ‘because Charlotte Church is bound to come up with something’.