A 75-YEAR-OLD father and his middle-aged son took one of the parent and child spaces in a Tesco car park, it has emerged.

Tom Booker and his son, Stephen, had been driving round the busy car park for fifteen minutes even though many parent and child spaces were available.

Booker said: “He is a parent and I am his child. We were in a car, and we needed to park the car. It seemed quite obvious.

“I pointed out to my son that the likes of UK Olympic bronze medal winning hammer-thrower Sophie Hitchon are way more capable of carrying heavy bags of shopping across several hundred yards of tarmac than we are.

“Not sure if she has a kid but you get the idea.”

“Pushchairs have wheels on, and I have sore feet.” 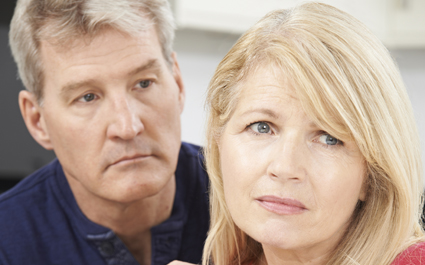 A MAN has struggled to keep admiration out of his voice after a friend shared details of her partner’s serial adultery.

49-year-old Wayne Hayes was having coffee with work colleague Mary Fisher when she began telling him about her marital difficulties.

However Hayes had to hide his true response when she listed the number of times her husband had cheated on her.

He said: “I lost count after the first two dozen. All the time, I kept saying ‘That’s terrible. That’s awful’ but part of me was thinking ‘Can men our age do it that often?’”

When Fisher came to describing three separate liaisons her husband had managed during a 10-day holiday in the Algarve, the strain began to show.

“I think I managed to say ‘Seriously?’ and ‘Christ on a bike’ in a manner that suggested I was appalled even though I was mainly wondering ‘What’s his secret?’. Because, to be honest he’s an unappealing little bugger who wears cargo shorts.

Fisher said: “Wayne is so kind and understanding. When I told him about the business in Leeds with the two pole dancers his mouth fell open and it looked like he was going to cry.”