Elderly Re-Assert Their Right To Offend

SEVEN out of 10 old people are starting to notice that everyone in the room switches off the second they start talking, according to a new survey.

Age UK found that an increasing number think their disgusting opinions are being ignored simply because they are tedious and predictable and usually start with an anecdote about coins.

Margaret Gerving, a care home resident from Guildford, said: "I did a little experiment the other day and asked my grandson to remind me what we had been talking about during his last visit.

"He mumbled something about sardines when in fact I'd spent 45 minutes explaining to him why this country has been turning into Bangladesh since 1953 and why Sidney Poitier should never have been released from prison.

"If he wants to see a penny of my National Savings account he can get his backside in here and listen to me complaining about every single thing that's ever happened to me and why there was always a coloured man involved. In 40 degree heat."

An Age UK spokeswoman said: "There's a wealth of untapped bile just sitting there if people could only get past the shadow of death’s icy fingers, the gaping, wrinkled maws bereft of long-forgotten incisors and, of course, the foul, lingering stench.

"Old people don't want to be ignored or drugged with a mild sedative and locked in a trunk, they want to be active members of society, filling our lives with a continuous litany of petty, race-related grievances while you're trying to find out who keeps 'stealing' their Rich Tea biscuits.

"They want to share their rich portfolio of of N-words and P-words and D-words while teaching their little grandchildren how to spot poofs and Jews."

Age UK's awareness campaign starts this week featuring Brian Cox, Ian McKellen and lots of other actors who resemble an average pensioner in the same way that Last Of The Summer Wine is a bit like Stargate SG-1. 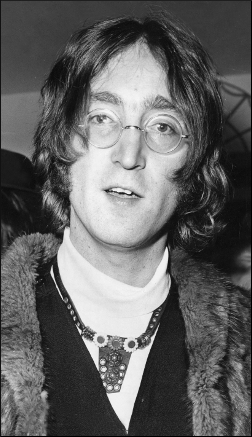 DRUGS belonging to deceased Beatle John Lennon are to be slightly re-vamped and then sold at exorbitant prices to obsessive, middle-aged Beatles fans.

The re-release of the slightly mildewy bag of Purple Hearts, unearthed in the Beatle's garden by foxes, will be accompanied by a huge marketing campaign and a 24-page spread in Q magazine.

Acid salesman Nathan Muir said: "This isn't any old acid, this is vintage, retro Beatles acid in a presentation box with a shiny booklet, a badge and some fold-out card things.

"The drugs have also been digitally remastered using a bit of cling flm and a microwave oven which guarantees trip quality infinitely superior to the dreadful non-Lennon acid you might buy off someone called Vinny outside the cider tent at a festival."

He added: "They are also numbered, limited edition, all that shit."

Martin Bishop, a 48-year-old Beatles fan and photocopier salesman, said: "Even though it makes me hate myself, I have to buy it.

"'Special collector's item bullshit music rehash things like this are the slender, expensive thread by which I remain connected to the tattered vestiges of my youth.

"I haven't been so excited since the release of the hugely expensive gilt-edged 98-CD box set featuring the fabled 'lost' recordings of Jimi Hendrix having a burping competition with a studio engineer.'

He added: 'I guess I've just never grown up. But not in a good way."