Elderly white man perfectly capable of deciding what is is racist or not, thank you

AN 68-YEAR-OLD white man has declared that he needs no assistance when it comes to determining what is racist, or, is almost always the case, not in the least racist.

Norman Steele, 62, has spent a lifetime considering the racial question since it began coming up a few months ago, and has concluded that there was never a problem.

Steele said, “I am not prejudiced against anyone because they come from a particular race.

“Some of my very best friends happen to be from the white race. I celebrate that. I wish the same could be said for those who hurl epithets such as ‘gammon’, just because of the colour of their capillaries.

“They feel unable to visit some of the ‘no-go’ areas of Birmingham or Bradford for fear of abuse.”

“However, racism against black or Indians is largely groundless. My favourite toy was a golliwog called Sambo, for God’s sake.

“And this fuss about The Black And White Minstrel Show? As a younger man, I had the pleasure of meeting some of these minstrels and found that generally, beneath the surface, they were just like us.” 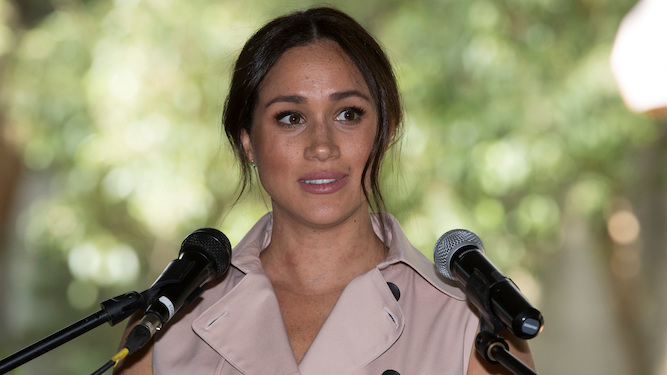 THE Duchess of Sussex’s first financial venture will be a self-help book focused on co-existing with nightmare in-laws.

The tome will feature advice on how to avoid conversations about race, sex, poverty, various historical genocides, the merits of heriditary rule and the ghastliness of Nicholas Witchell at the dinner table.

Meghan said: “Grandfather muttering about what Cecil used to say back in Rhodesia? Uncle remarking on the lovely young servant girl? I have been there.

“Whether it’s the brother-in-law making a pass over the dishes, the sister-in-law staring daggers or Uncle Edddie’s puppet theater, I’ve been through it all and survived.

“It’s ultimately about the day-to-day problems we all face in marriage, like the family business being prioritised over all else, realising that your spouse’s ancestry is 85 per cent Nazis, and the divine right of kings still somehow still being a thing for these people.”

The Duchess is expected to follow it with a series of children’s books about a gorgeous commoner who becomes a princess then fights an endless Hunger Games-style battle with the media.