A MAN’S accent has become so posh that it no longer sounds as if he is speaking the English language.

Julian Cook, who was born in Surrey, attended boarding school and now works for a London antiques auction house, has progressed beyond well-spoken to a dialect most people no longer recognise as English.

With the help of a translator, Cook said: “My mother always encouraged us to elongate our vowels as much as possible and not really move our mouths when we speak.

“For me, being almost incomprehensible is a sign of good breeding.”

While other posh people might occasionally slip in a ‘Diddy’ for ‘Daddy’ or say ‘baarth maart’ instead of ‘bath mat’, almost every word Cook says bears no resemblance to its written form.

He continued: “It also doesn’t help that my vocabulary is painfully obscure and I often can’t resist a foray into Latin when I’m doing something like buying a pint of milk at the corner shop.

“I’ve even encountered prejudice because people assume that I can’t possibly be English. Someone told me to go back to where I came from, which is a massive house in Richmond upon Thames.” 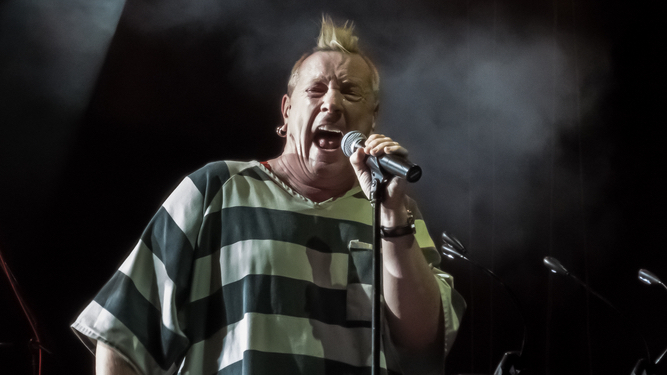 FORMER Sex Pistol John Lydon has dismayed fans with his support for Donald Trump. Here he explains how to make the transition from edgy punk rebel to ageing pub bore.

Have absolute confidence in your own bullshit opinions

This week I claimed that Trump speaks for working class guys like me. Some would say this is bollocks on every level, but I am incredibly wise because I know the music industry is full of bastards and did punk things like swearing on TV.

Express yourself in a convoluted, sarcastic way

As a lyricist I have a ginormous command of the English language, so I won’t say “We need some more tea bags”. Instead I prefer: “No teabags. What a MARVELLOUS F**KING SURPRISE on a Saturday morning. I wonder if our WONDERFUL QUEEN ever runs out of tea bags?”

Really piss on your own legacy

The Pistols weren’t together long but released an iconic album and said a big ‘f**k you’ to the music industry and British society. Cancel out that good work by appearing on mainstream ITV rubbish like I’m A Celebrity. Honestly, I’m up for an unironic version of ‘God Save the Queen’ at the Proms, with the band of the Royal Scots Guards and Katherine Jenkins.

Do some butter adverts

You hated them, didn’t you? And felt a bit sad for me. But the clever thing is: they were meant to annoy you! That’s why I did them – it wasn’t for the money, I wanted to shake up complacent Middle England’s cosy view of spreadable dairy products.

Ruin people’s enjoyment of your own music

There’s nothing more punk than alienating people who liked Never Mind the Bollocks and Bill Grundy deservedly being told to f**k off. You won’t decrease their enjoyment of ‘Friggin in the Riggin’ though, because that’s shit.