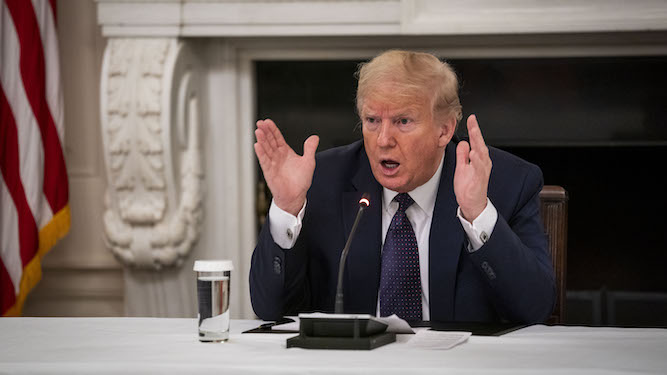 PRESIDENT Trump last night made a number of claims to the American people of dubious veracity. Here we fact-check them one by one.

He has a dagger that can reverse time

The president claimed to own a dagger which can reverse time which he would use ‘to set this whole thing right’. Such a dagger is not believed to exist and experts say even if Trump were to go back 48 hours there would still be no path to election.

All votes for Joe Biden are illegal

The president’s threat to track down and exile from the United States anyone found to be voting for ‘the illegal candidate’ Joe Biden is without legal basis and cannot be acted on.

The president’s claim that former vice-president Joe Biden ‘has been dead for months’ has been fact-checked and proven to be false.

The president’s claim that Biden is Skeletor, ruler of Snake Mountain and enemy of Eternia who is determined to claim the powers of Castle Grayskull, is clearly not true because he does not have Skeletor’s flamboyant dress sense.

The president’s surprising claim to be Batman, when He-Man would have made more sense given the previous claim, is without foundation. There is no cave under Mar-a-Lago, there is no Batmobile and the adventure Trump described was an episode of the Batman TV show broadcast in November 1967.

The president was referencing the QAnon theory which claims he is a great hero secretly working to rid the world of evil. This is so obviously false it’s painful to say so.

This is untrue and simply a desperate attempt to loot America’s treasures. The spaceship from Area 51, along with the bodies of several autopsied aliens and the lone survivor, belong to the people of the United States.

He is not a loser

Cannot be definitively proven until vote-counting is complete, but a 90 per cent chance that he absolutely is. 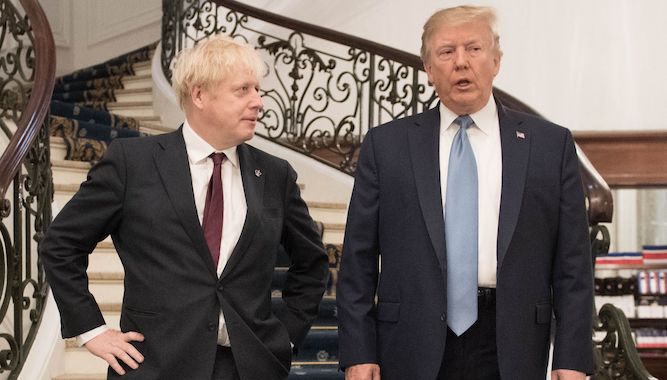 BREXITERS have been asked for an update on Britain’s amazing trade deal with America now that Donald Trump is likely to lose.

Remainers feel that now is a good time to explain the excellent ‘Anglosphere’ deal so they can enjoy new, high-quality US products and not go hungry because our food from the EU is stuck in Dover.

Tom Logan said: “I’m not hassling anyone, I’d just like to know when those delicious, juicy US steaks are coming over. Not the ones full of hormones, I don’t want to grow breasts on my back or something.

“I was sceptical about a deal coming together with idiots like Boris Johnson and Liam Fox doing it, but every Brexiter promised a good US deal so I should stop being such a negative Nellie.

“I phoned my Brexiter friend Gavin about it but he had to go because his goldfish was suddenly taken ill. He’ll probably explain the details once the vet has given Jaws the all-clear.”

Brexiter Norman Steele said: “We’ll get a brilliant deal, maybe not with America, but with economic powerhouses like Haiti, Papua New Guinea and the Taliban-controlled areas of Afghanistan.

“That said, I’m so obsessed with immigration I don’t actually care if my entire extended family is on the dole and we just get some overpriced Twinkies.”