Why counting votes is undemocratic, by a MAGA twat

SNEAKY Democrats are trying to sabotage this election by placing more votes for their candidate than us Republicans. Let me explain why that undermines democracy while I disrupt ballot counting.

There’s a saying that Americans will always do the right thing once they’ve exhausted all the alternatives, and that applies to our voting process. It would be unpatriotic to do it properly off the bat.

Harassing people working at polling stations by waving signs and barking dog whistle slogans at the top of my lungs is just part of our fine democracy. Anyone preventing me from doing that is a socialist who should be shot in the face.

The next logical step will be to take the results to the court and demand a recount. We won’t do that in states where the GOP has won by a razor-thin majority of two votes though. That would be insane and corrupt.

What you rubberneckers from across the pond don’t realise is that once we’ve got the looting, rioting and civil warring out of our system, we’ll sit down like reasonable human beings and accept the result. That’s if Nevada’s finished counting by then.

Now if you’ll excuse me, I have to get into my truck and blast the horn while screaming “STOP THE COUNT”. Because that’s what true freedom looks like.

Is your bonfire night effigy fun or will it have the police round? 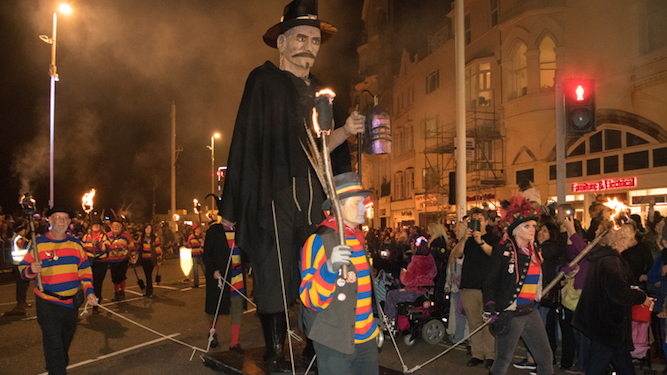 EVERY bonfire night some bellend gets investigated for burning an offensive alternative to Guy Fawkes. Read our guide and find out if your guy will have the coppers round.

Is it obviously racist, you idiot?

You may think burning a 15-foot golliwog is harmless fun, but ask yourself: does it look incredibly racist? Avoid a chat with plod by using your brain to consider if it’s offensive, then just do Homer Simpson instead.

Does it appear to be a death threat?

You may not be a fan of, say, Jeremy Corbyn or Katie Hopkins, but burning them in effigy implies you’d quite like to do it in real life. Perhaps stick to fictional characters, because it’s a fun night for all the family, not the ending of The Wicker Man.

Is it just f**king weird?

Burning Donald Trump is clearly an attempt at satire. However if your guy is Nigella Lawson, Han Solo, Elsa from Frozen, Kirsty Wark or Bambi, you may be a deeply weird individual. Enjoy bonfire night, but do book an appointment with a psychiatrist the next day.

A good test is to imagine selfies of your grinning face in front of a blazing dummy of Harry Styles on social media. If you suspect people will be forwarding them to the police, make a less controversial guy, eg. Michael Gove.

Is it some dodgy local tradition that has not aged well?

Burning a fictional character from local folklore is common, but bear in mind our ancestors were a bigoted lot. If your traditional village guy is called something like ‘Black Barnaby’, avoid a potential trip to court by just burning Guy Fawkes like a normal person.

Is it Piers Morgan?

Not even the most by-the-book police officer will caution you for burning this twat in effigy. They’ll probably give you some petrol from their panda car.