English woman with Scottish parent convinced it makes her exotic

AN English woman with a single Scottish parent is under the impression that it makes her thrillingly exotic, it has emerged.

Eleanor Shaw was born and raised in Swindon but considers herself to be of dual nationality, though she has a British passport and Scotland is part of the UK.

She explained: “Growing up Scottish is so different from growing up purely English, like my friends. I’m between two cultures, yet part of both. They’ll never understand.

“But because my heritage isn’t obvious from my skin colour – my skin’s not pale blue, like many Scots – people mock Scottish culture in front of me. I can’t tell you how many blazing rows I’ve got in when someone impersonates Lorraine Kelly.

“Everyone’s amazed when they discover I’m bilingual, like when I understood and fluently replied to that drunken Glaswegian on the train. At the same time I feel they judge me.

“I plan to raise my children with the same deep connection to the country that I have, celebrating Burns Night and enjoying Drambuie. I hope, like me, they’ll realise how special it makes them.”

Mum Cassie MacDonald said: “I’m from the posh bit of Edinburgh so I consider myself English. I don’t know where she gets this shite from.”

Five things still under a fiver 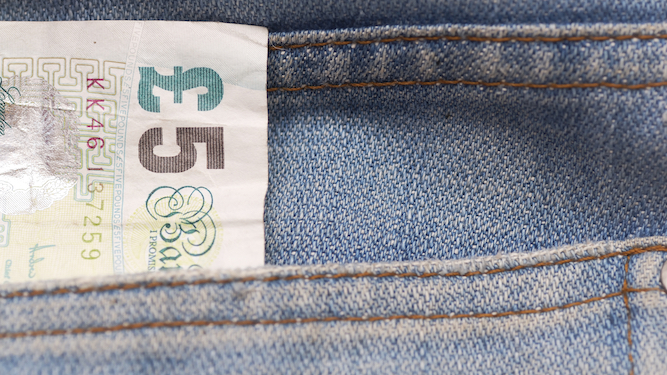 THANKS to inflation and quantative easing everything costs bloody loads now. These are the last five things you can still pick up for a fiver:

Still hovering in Britain’s collective subconscious at about 26p, even a book of six tops a fiver. To send correspondence to your to your betrothed at her summer estate is 76p and if you’ve included a sultry photo that’s a large letter stamp. Send emojis instead because like most adults you’ve forgotten how to write anyway.

A pint of lager

Only applies in working men’s clubs in the North where the landlord is called Baz. In which case a fiver still gets you a pint, a ‘livener’, a go on the football card, and something from the vending machine in the gents.

£2 for a standard or £2.50 Euromillions, plus scratchcards for the full £5 and f**k knows how Thunderball and all that works. They’ve got to make money to give you money and a few million goes nowhere these days. Invest wisely by winning the jackpot now before the ticket price doubles.

There used to be only honey and jam. Now there’s the spectrum up to manuka honey and gooseberry jam made in the open-plan kitchen of a marketing executive, using his own fruit and given a quirky name that’s touching £10. So you have to be cheap supermarket jam scum.

What a pain it used to be, visiting the continent and converting pounds to Euros. Now it’s so easy because they’re worth pretty much the same, and it’s all thanks to Boris Johnson and Brexit. Any day soon: Bitcoin.