Every copy of the News of the World 'contained tiny microphone'

EVERY copy of the News of the World printed since 1999 contained a tiny, hidden microphone, it has emerged.

Police have discovered that each copy of the paper was in fact a covert bugging device, allowing News International to gather high-grade filth on its millions of readers.

A Scotland Yard source said: “It was basically a clever little thing embedded into the page somewhere so you would never know it was there.

“Sometimes it would be hidden under the nipple of a Hollyoaks sex-kitten and sometimes it might be slipped into a photo of Sara Payne. No, other than a truly psychotic level of twisted bastardry, we’ve no idea either.

“And sometimes one of those double page spreads about the ‘Fake Sheik’ bugging someone would in fact, itself, be bugged.”

The source said it was private investigator Glenn Mulcaire’s job to monitor every copy then transcribe the conversations, adding: “He’s absolutely fucking knackered.”

Police made the discovery earlier this week after Mulcaire took them to a hangar at a disused airfield near Grantham.

The source said: “He pushed open these massive doors to reveal a huge space filled with millions and millions of boxes. End of Raiders of the Lost Ark – exactly.

“I think we all instinctively knew what this was, but we just stood there staring at him for a full minute before someone eventually mumbled ‘how… the fuck?’.

“He gave a cheeky little smile and said ‘tiny microphone in every copy of the paper’.

“He then put his hand on the shoulder of one of my colleagues, whispered ‘it’s time to tell your wife you’re gay’ and then walked back to his car.”

Cryogenically-frozen corpses being marketed as ready meals for single men 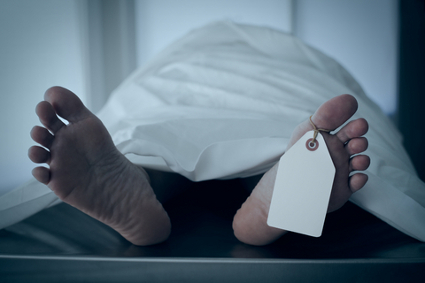