Everyone else's life better than yours

YOUR life really is not as good as that of any other human, experts have confirmed.

Researchers into quality of life found that the depiction of other people’s existences on social media and in celebrity news media was entirely representative of their amazingness.

Professor Henry Brubaker of the Institute for Studies said: “You might think these things are contrived for maximum impressiveness, but everyone else is genuinely having a great time, all of the time.

“Beside having fulfilling and well-paid jobs, loving families and fascinatingly varied sex lives, the things they get up to are just such a laugh.

“They wore them all day as they cycled around the city’s historic attractions on vintage bikes, like a pair of sexy comedy characters.

“Then they had a massive dinner.”

He said: “That’s two proper things followed by an amusingly light-hearted thing. She doesn’t take herself too seriously because the various brilliant aspects of her personality are perfectly balanced.

“In conclusion, life is like an amazing non-stop party that’s going on in the room next door. You can hear the muffled sounds of laughter, but the door is always locked.

“Probably the best thing is to kill yourself.”

I thought the parade was very jolly, says Putin 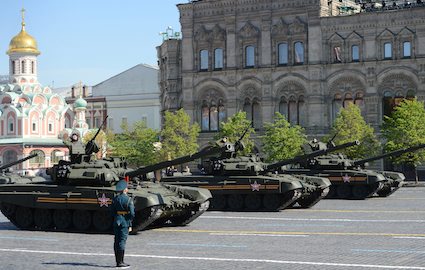 He rejected claims of trying to terrify everyone and said the parade was a ‘fun day out’ for tank commanders and the people who look after the inter-continental ballistic missiles.

He added: “Every time I move so much as a soldier, you all accuse me of being a warmongering lunatic. Can I not just have a lovely, happy day with my huge and incredibly well-equipped armed forces?

“We’re going to have a nice picnic now. I suppose you want to try and spoil that too?”