Everyone on bus writing status updates about each other

EVERYONE on the bus into work today was writing a status update or tweet about another passenger, it has emerged.

24-year-old Stephen Malley tweeted: “The gorgeous blonde is back on the bus to work. You shall be mine!”

Seconds later, window seat occupant Nikki Hollis posted on Facebook: “The weird guy who stares at me and tried to take my picture on his phone is here again. Might inform police.”

Fellow traveller Emma Bradford posted: “The guy next to me on this bus stinks of piss #showermuch?”

Her seat neighbour Tom Booker posted: “Been drinking since Paddy’s Day. I stink of piss.

“Anyway, this knobhead in front of me is reading the Daily Mail #fascist.”

Banker Norman Steele tweeted: “I like the look of this Stephen Crabb. He could definitely be the new Bond #bromance.”

Meanwhile bus driver Bill McKay tweeted: “I hate being a bus driver. Hope they catch me tweeting and sack my ass for gross negligence.” 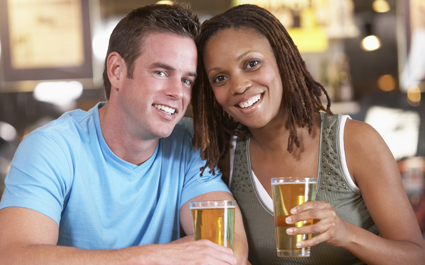 A MAN is confident that having sex with a close female friend would be a sensible move for both parties.

27-year-old Tom Logan has been good friends with Donna Sheridan since school, because of which she thinks it is best not to act on their mutual attraction.

However he said: “After giving the matter careful and unbiased consideration, I think sex could actually make this great friendship even better.

“It’d be something to laugh about in the pub. Confused, intense feelings are often the basis for really good jokes.

“I’m good friends with her brother too so he could laugh about it too. It would bring the three of us closer together.

“And I read in a magazine that you can’t stay awkward for longer than three hours.”

However Donna Sheridan said: “I carefully explained that one of us might fall in love with the other and spiral into a doomed obsession that ended with loneliness, despair and alcoholism. He seemed to be okay with that.”

Logan added: “I’ve seen most of my male friends naked. Admitted more in a sports changing room context than waking up in bed with our bodies entwined, but it’s more or less the same.”