Everyone pretending to be cool with unexpectedly expensive restaurant

A GROUP of diners are pretending to be unfazed by the discovery that they are at an incredibly expensive restaurant.

Three of the party of four have put on their best poker faces while perusing the menu, despite the horrifying realisation that the evening will cost several days’ wages.

Diner Julian Cook said: “Five pounds for a basket of bread? And 18 quid for some prawns? Is this in another currency or something?

“Who chose this place? Oh, of course it was Becky, with her bloody City job.

“So we’re all pawns in Becky’s game of showing off. Now I’m looking at the wine list with a heavy heart while she’s secretly judging me, the rich cow.”

Conversation at the table has become strained as members of the group mentally calculate how they will economise to balance the exorbitant cost of the meal.

Fellow diner Nikki Hollis added: “I’ll be eating soup and bread for the rest of the month, then. Cheers Becky, for my temporary prison inmate lifestyle.”

Meanwhile, Becky is looking forward to taking the group to a charming little cocktail place around the corner later, which she will describe as “a bit pricey, but so much fun”. 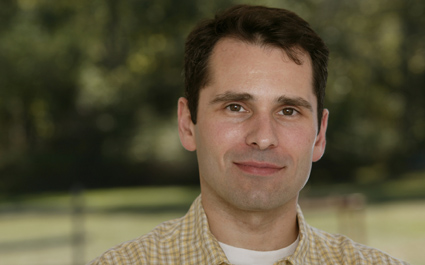 A MAN keeps telling people they should put aside their differences over Brexit like he is Gandhi or something, it has emerged.

Teacher Martin Bishop likes to imply he is wise and above petty tribalism, but actually just wants to feel superior without getting into any arguments.

Bishop said: “We all need to move on from the referendum and stand together to overcome the challenges ahead. I’ll explain in detail how that will work in practice some other time.

“Britain must not become divided by hate as it was during the civil war, although to be honest most Remainers just seem quite annoyed and most Brexiters don’t seem to care what they voted for.

“Even so we need to learn from the great peacemakers in history. People like Gandhi, Martin Luther King, Nelson Mandela and me.”

Colleague Emma Bradford said: “Martin says we should respect each other’s opinions, but that’s difficult when my gran voted on the basis of her irrational fear of Asian doctors.

“However I do agree with my nan that Martin is an arse.”