When can I stop being a wanker? asks weary Ramsay 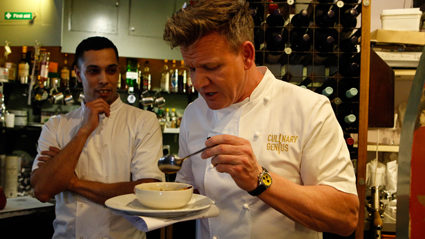 GORDON Ramsay has asked when he will be allowed to drop his ‘tough guy wanker’ persona, it has emerged.

The celebrity chef is sure he has earned enough money by now to stop behaving like an unconvincing psychopath in order to entertain TV viewers.

Ramsay said: “I’ve started to think it’s a bit ridiculous to act like a US Marine Corps sergeant when all you’re doing is making a souffle.

“Yesterday the kettle was taking ages to boil so I automatically started screaming, ‘YOU NEED A FUCKING ROCKET UP YOUR ARSE, YOU LAZY METAL BASTARD!’

“I called a meeting with my people and asked if I could stop being angry, but they said that would jeopardise my new Fox show, Ramsay’s Baking Fury.

“I told them my idea for a show called Gordon’s Calm & Well-Adjusted Cookery Programme, but they said it would ‘damage the brand’.”

Agent Donna Sheridan said: “I explained to Gordon that if he’s not constantly kicking off there’s no way people will tune in to something as tedious as a middle-aged man slicing a courgette.

We just don’t think about the weird bits of the Bible, admit Christians 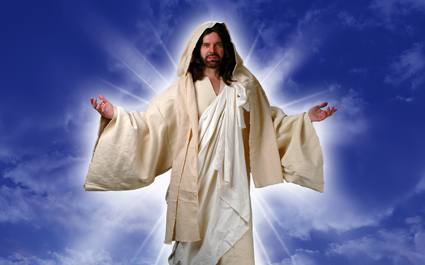 CHRISTIANS avoid doubts about the implausible parts of their faith by simply not thinking about them, they have revealed.

After a survey found many Christians doubted the resurrection, others have revealed they just ignore all the bits of the Bible that involve magic or other made-up things.

Office manager Roy Hobbs said: “If you think dead people can come back to life that’s basically admitting you’re mad, so it’s best to focus on stuff like Jesus riding a donkey and saying be nice to each other.

“If you dwell on Jesus feeding the 5,000 it raises tricky questions, like why didn’t he do it all the time and feed the starving?

“Miracles were clearly meant to impress people, so why not create a 1,000-foot minotaur with a flaming sword? Everyone would worship you and the Romans would have shat themselves.

“I’m sure God prefers me to keep my faith strong by thinking about things like whether to have sausages for tea.”

Pensioner Mary Fisher said: “I try not to think about the bit where Jesus kills a fig tree for being barren because only a weirdo would have a grudge against trees.

“It’s nicer to think of him cuddling a lovely lamb. I’m not sure if he actually does that in the Bible but I’ve got it on a tea towel.”