Everyone under 25 essentially still little children

PEOPLE aged 25 and under are not the adults they believe because they still behave like tiny little children.

Despite being legally allowed to drive, get married, and drink and enter nightclubs, people under the age of 25 should be classified and treated as young kids because that is pretty much what they are.

Social scientist Dr Helen Archer said: “We searched far and wide to find a mature and sophisticated young person, but they simply don’t exist anymore. There must have been a mass extinction event in the mid to late eighties.

“People under 25 can barely fend for themselves, know f**k all, and most of them are shit with money, and yet we’re expected to take them seriously and allow them to vote? It’s utter madness.

“They listen to childish music, have half-thought-out opinions that you repeat to friends when you want a good laugh, dress in silly, garish clothing and act like conversations about mortgages are boring. Sounds like a kid to me.

“If you lined up a bunch of young people aged from one to 25, I’d struggle to notice any difference once they’re not crawling around in nappies. That might make me sound ageist but they all look the same when they’re covered in glitter.

“No, I’m not jealous of their youth, limitless potential, and abundance of opportunities to look forward to, why do you ask? I’m only in my late 40s, which by my new categorisation puts me in my early 20s.” 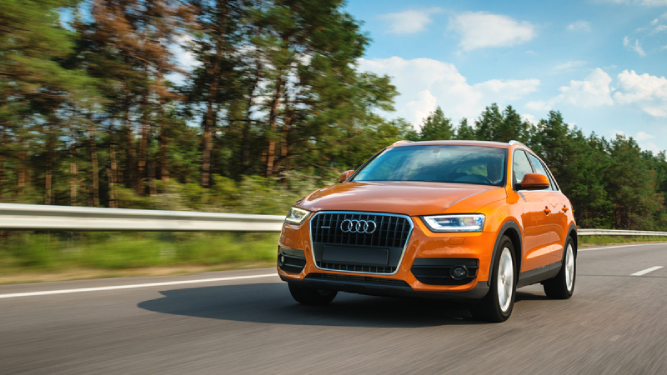 AUDI’S driverless cars will be specially programmed to treat other road users just as badly as current Audi drivers.

The AI in the German manufacturer’s cars will speed, drive an inch from your rear bumper flashing its lights, cut you off and ignore red lights just like the actual arsehole owners of their cars.

Sophie Rodriguez, a programmer working on the prototype car said: “Many people are hoping that driverless cars will help make our roads a safer, kinder place. At Audi we’re working hard to stop that from happening.

“Audis have become synonymous with a particular style of motoring. We appeal to the sort of arrogant bell-end who’d happily shunt his own mother’s car into a lorry if it meant he’d get to a meeting three seconds quicker. It’s important to our brand that we continue that trend.

“Thanks to our patented and twattish Audi AI, other road-users will notice no difference between our driverless car and one with a complete knobhead behind the wheel.

“On motorways it will drive right up your arse before cutting across three lanes of traffic smoothly, efficiently and with a maximum of danger to other road-users. It will also incessantly beep at any car with  going an unacceptable ten miles over the speed limit, and completely blank ambulances trying to get by.”

Audi owner and prospective buyer Roy Hobbs said: “This sounds great. It will free up so much time I can focus on being an utter prick in other areas of my life.”